A Modernist flat refurbishment in Belsize Park, within a building originally designed by Dinerman, Davison & Hillman. The design was inspired by the material palette and character of the existing building.

One of Manea Kella's first projects, this one bedroom flat within a 1960s housing block in northwest London has been updated with modern fittings and furniture. Manea Kella worked to a tight budget in order to transform the outdated interior of the 50 square metre flat, located within Romney Court in Belsize Park. The Modernist building was designed by architects Dinerman, Davison & Hillman, and is one of many purpose-built blocks built across London in the decades following the Second World War.

Manea Kella believe that projects like this can help the public understand the potential of post-war housing stock. The flat’s original five-finger teak parquet flooring was in good condition in the living room and bedroom, as was the cork-tile flooring in the kitchen and bedroom and so these were restored and retained. The cabinets in the kitchen were also repaired and all cupboard doors were sanded and oiled. The sliding door was retained for this room, rather than removing it to create an open plan layout.

It was recognised from the outset that the block had intrinsic qualities which were charming, with its straight lines, build in cupboards and functional modest spaces. The brief set out was to retain and restore the key elements which added to the flat’s intrinsic value.

Flashes of colour are dotted through the space, as furniture elements, painted doors and accessories. The intention was to contrast the architectural Minimalism of the space with piercing bright colours upon a backdrop of rich natural colours derived from the oiled wood and dark brick. The colour palette is intended to reference the designs of Charles and Ray Eames. 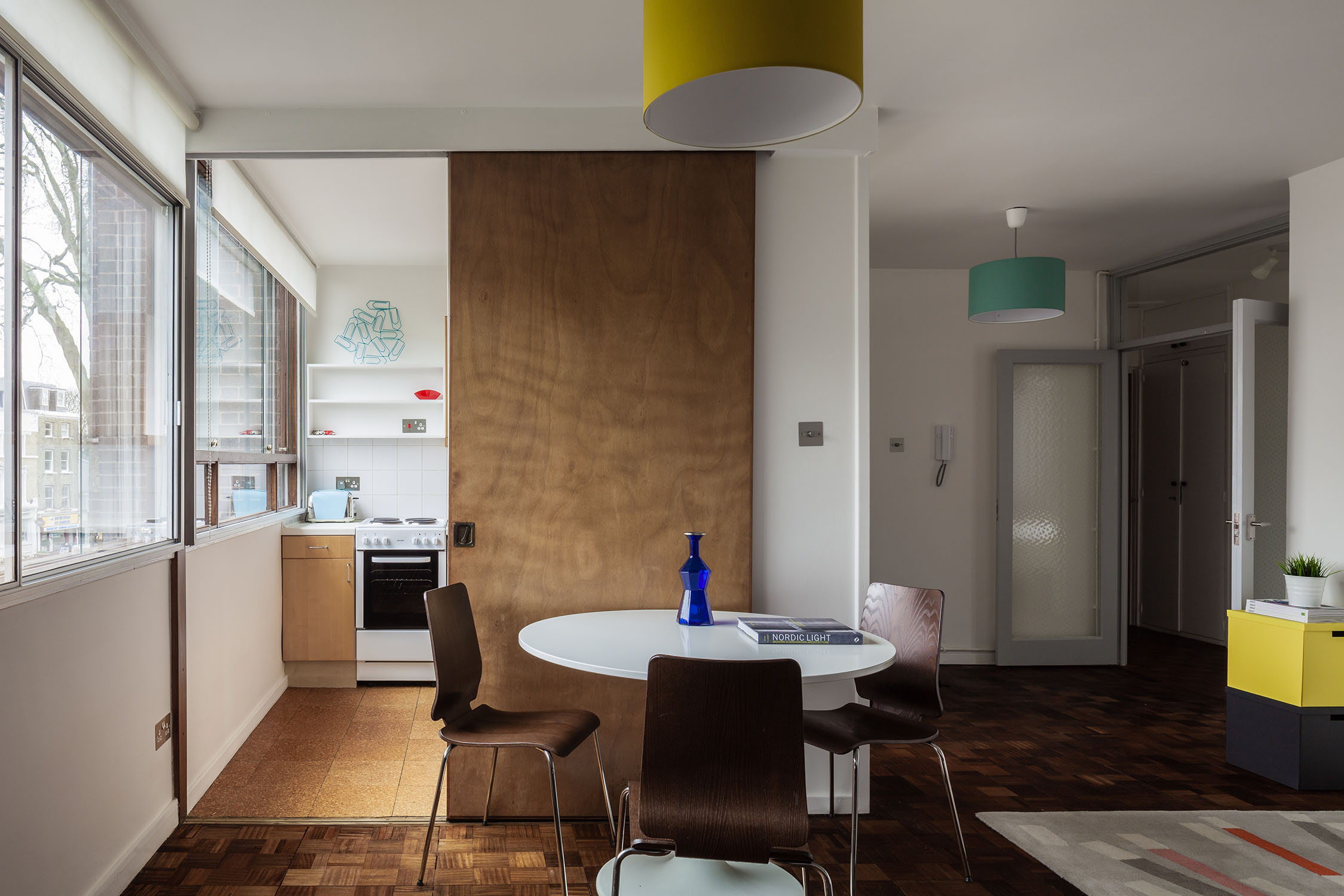 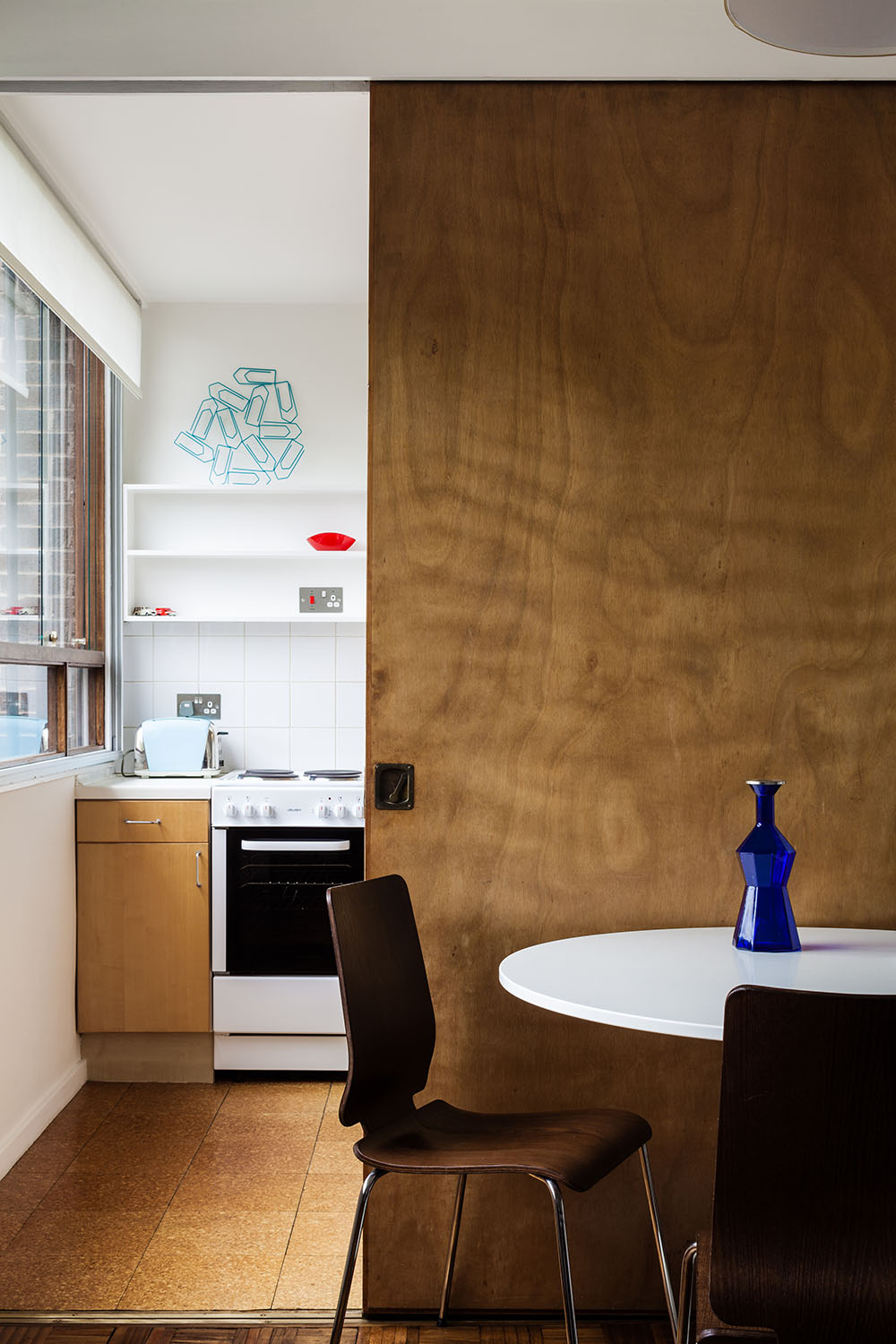 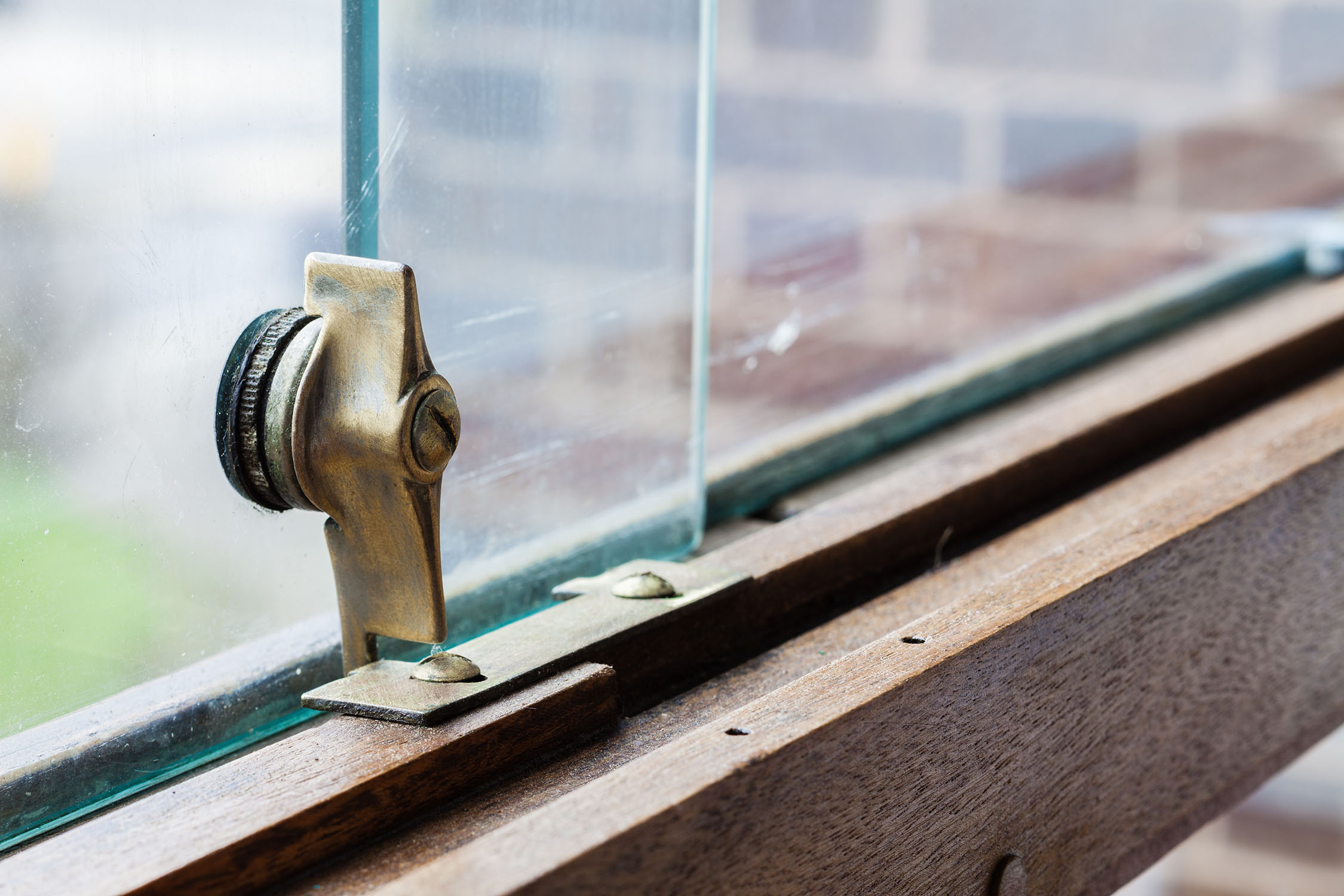 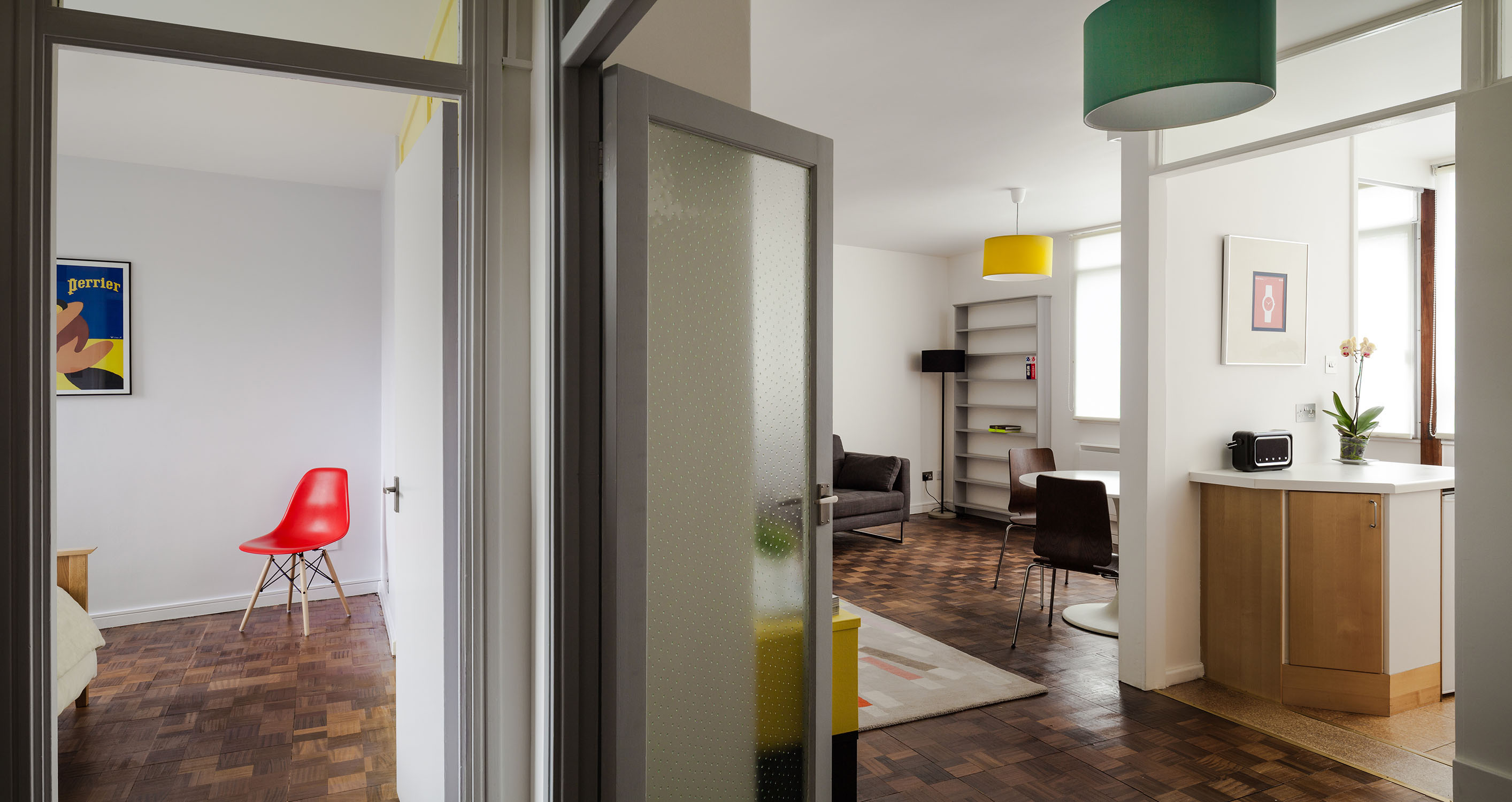 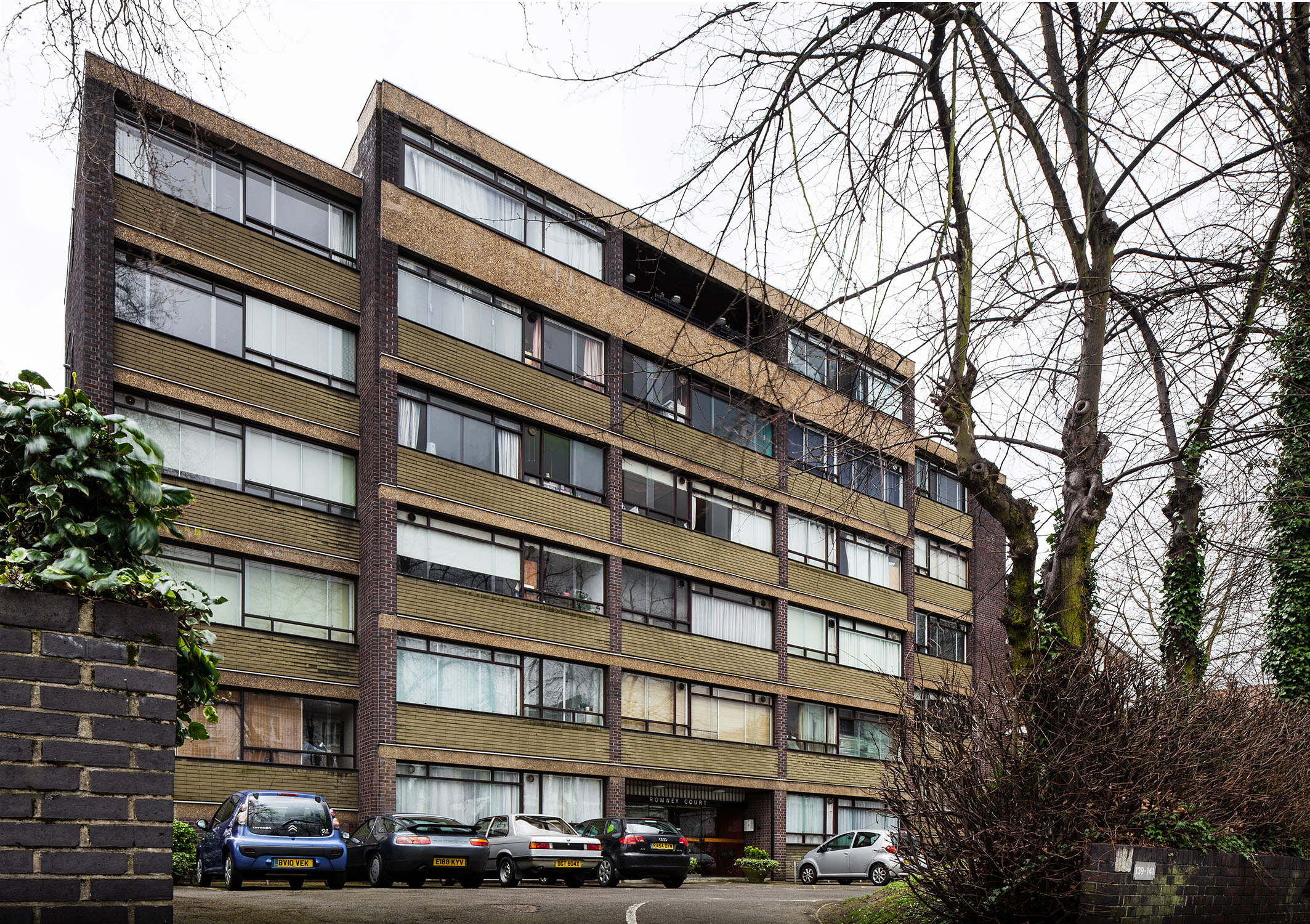