Casa Popeea is a boutique hotel that transforms the space, light and charm of a historic building while balancing it with the contemporary needs of its guests, offering fresh thinking as regards future development within the historic Hellenic quarter of Brăila, Romania.

The original house was built in 1900 by a Greek merchant in the Art Nouveau style and is an iconic building within the historic Hellenic quarter of Brăila, Romania. Following its inception, it has suffered a troubled history with a fire partially destroying the building in 1923. After the Second World War, the property was confiscated by the Socialist regime which led to dereliction and neglect. Few attempts at repair were made after the regime change in 1989, and the structure was left exposed to nature. A series of urgent consolidation works were required to save the building from collapse and these were undertaken from 2005 onwards (Fig. 01-02). Manea Kella were elected for the rebuilding of Casa Popeea in collaboration with Penta Stil Studio.

Manea Kella’s transformation of Casa Popeea into an 11 room boutique hotel delivers high quality facilities that enhance the experience for guests and members of the public. In doing so, this prestigious project fulfils the client’s desire to create a welcoming gesture by opening up the historic building to the surrounding streetscape. The small but complex site called for a coherent strategy to resolve issues of access, circulation and internal space, as well as a concerted effort to create somewhere that provides not just comfort and security but character and charm, with a place that speaks to both its historical context and contemporary city life.

The access and circulation problems were resolved by the careful separation of public and private guest access. The main entrance takes you through the building’s courtyard, leading you to an intimate, quiet and light-filled reception area in the heart of the building that provides a safe and secure resting point. The secondary entrance guides the general public access through the carefully restored building fabric (Fig. 03-05) and hand moulded plastered walls (Fig. 06-08) through to Café Popeea, an artisanal coffee shop and brasserie that is open to both hotel guests and the wider public. The material palette was carefully considered, using a language that is rich enough to complement both the building’s historic context and its contemporary use.

The restoration and repair of the existing was driven by the idea that the original structure should be emphasised in its spatial context and original materiality – the new reflects the lost without imitating it. The compressed, dark stained palette in the reception, lobby and coffee shop, with stained solid oak floors, joinery and bespoke furniture opens up to a light-filled stairwell. The building’s original oak staircase has been meticulously restored, guiding you towards the tranquil sleeping quarters above. Carpenters from Transylvania were called upon for their expertise and life sized 1:1 models played part in rigorous design development workshops (Fig.09-10).

Manea Kella’s design for the Spa aims to create a sequence of restful spaces, using a refined palette of natural materials including Bulgarian limestone, black marble and stained solid oak which work harmoniously to create an intimate environment. The architecture of the Spa aims to transport the visitor from the busy raised ground floor level into a quiet, considered inner environment that invites a feeling of reflection and relaxation. Lighting apertures in the ceiling and through the window louvres offer the subtle feeling of cool light outside and also brings out the reflective quality of the natural stone and warmth of the solid oak.

A pragmatic approach to the brief and context was taken, working with the original building rather than against it. Articulate, richly detailed and filled with space and light, Casa Popeea is recognisably contemporary yet of its time and place, celebrating its context to create comfort, character and delight.

Casa Popeea is a listed Historical Monument (Monument Istoric), the Romanian equivalent to a listed building in the United Kingdom. 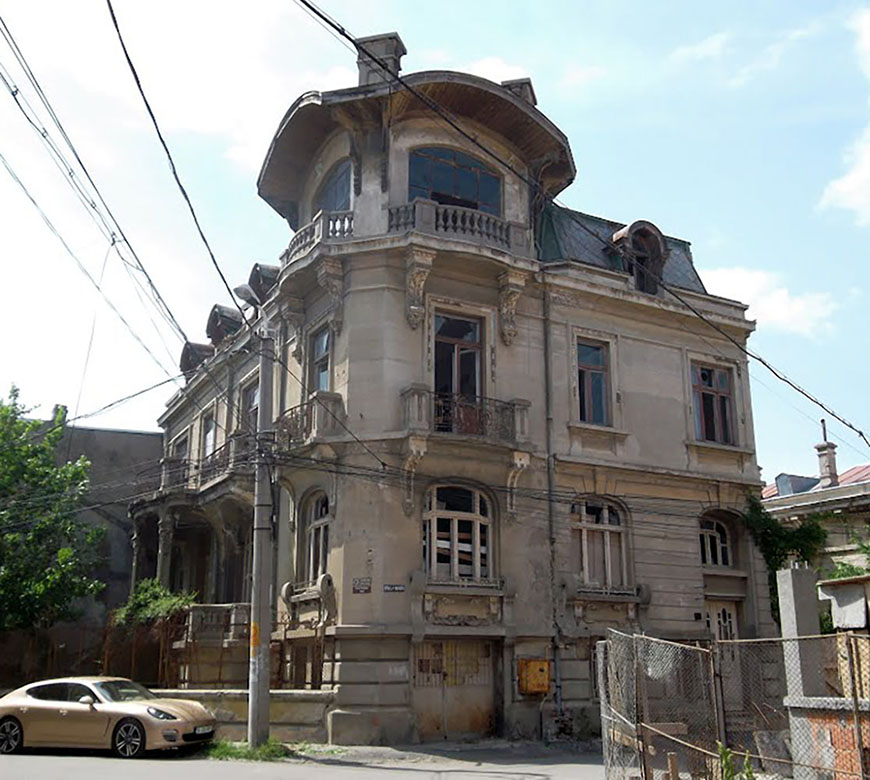 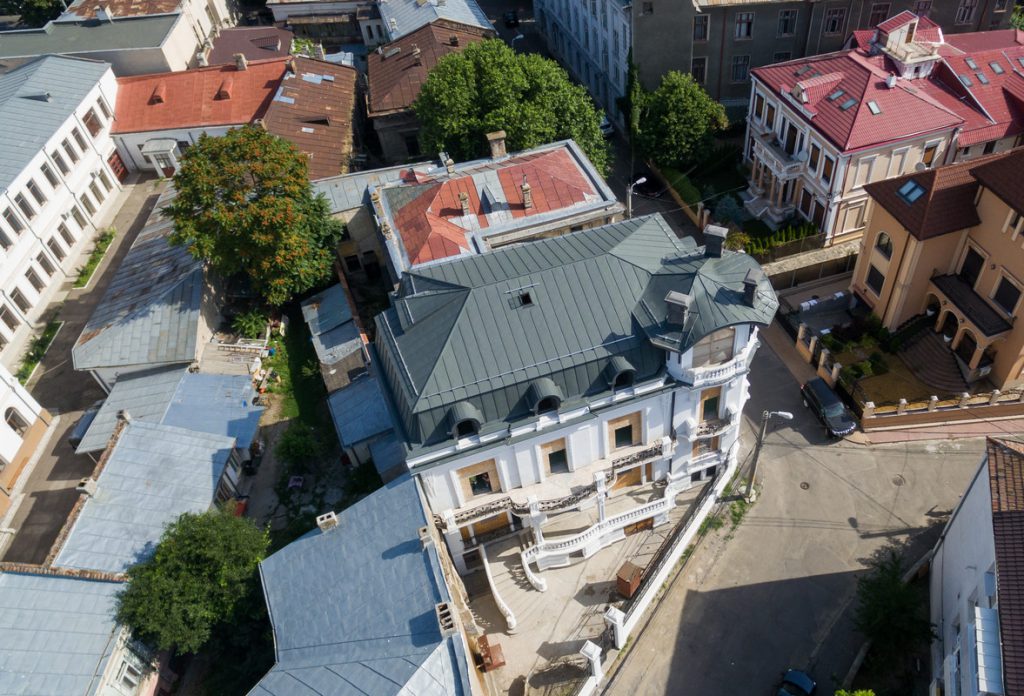 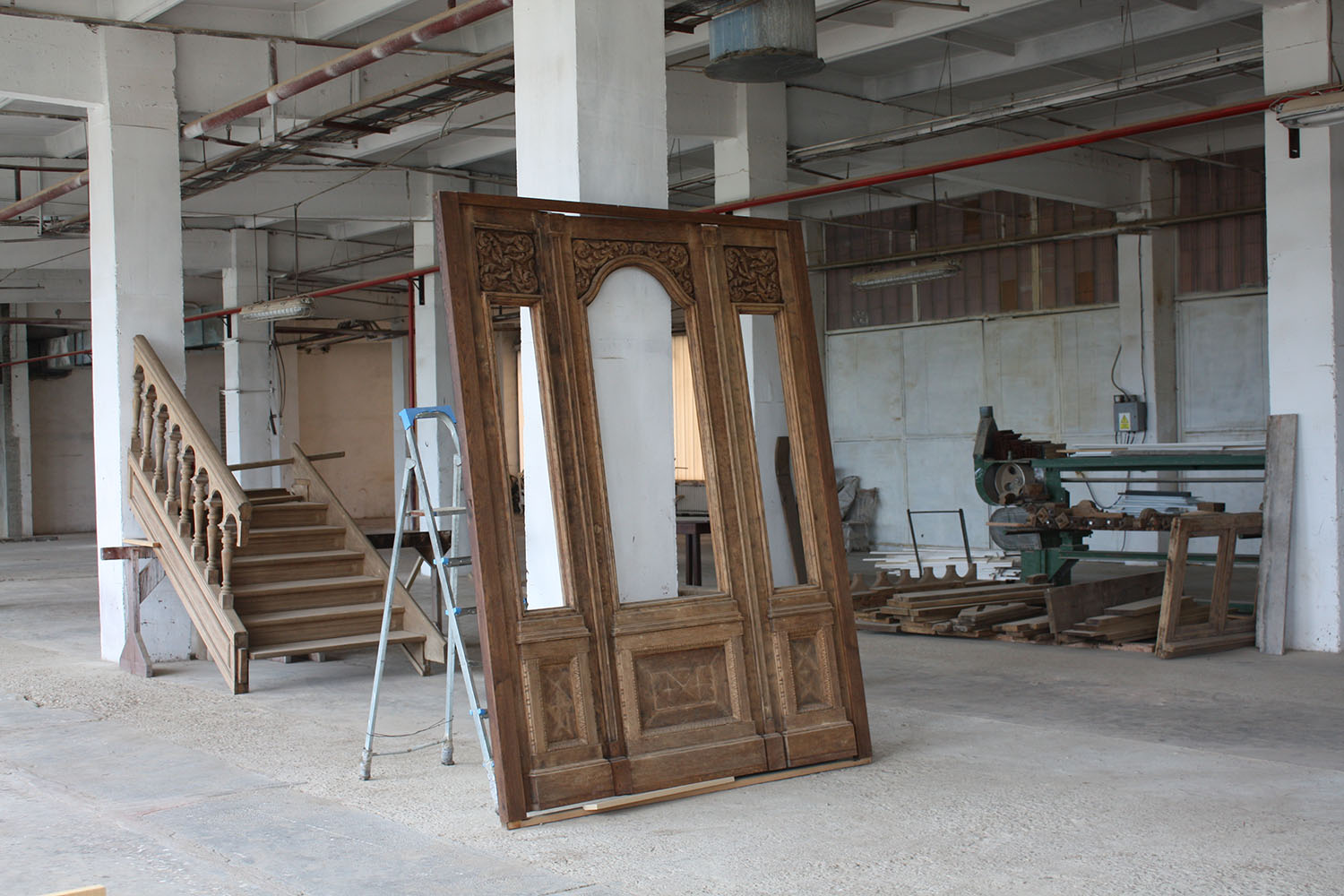 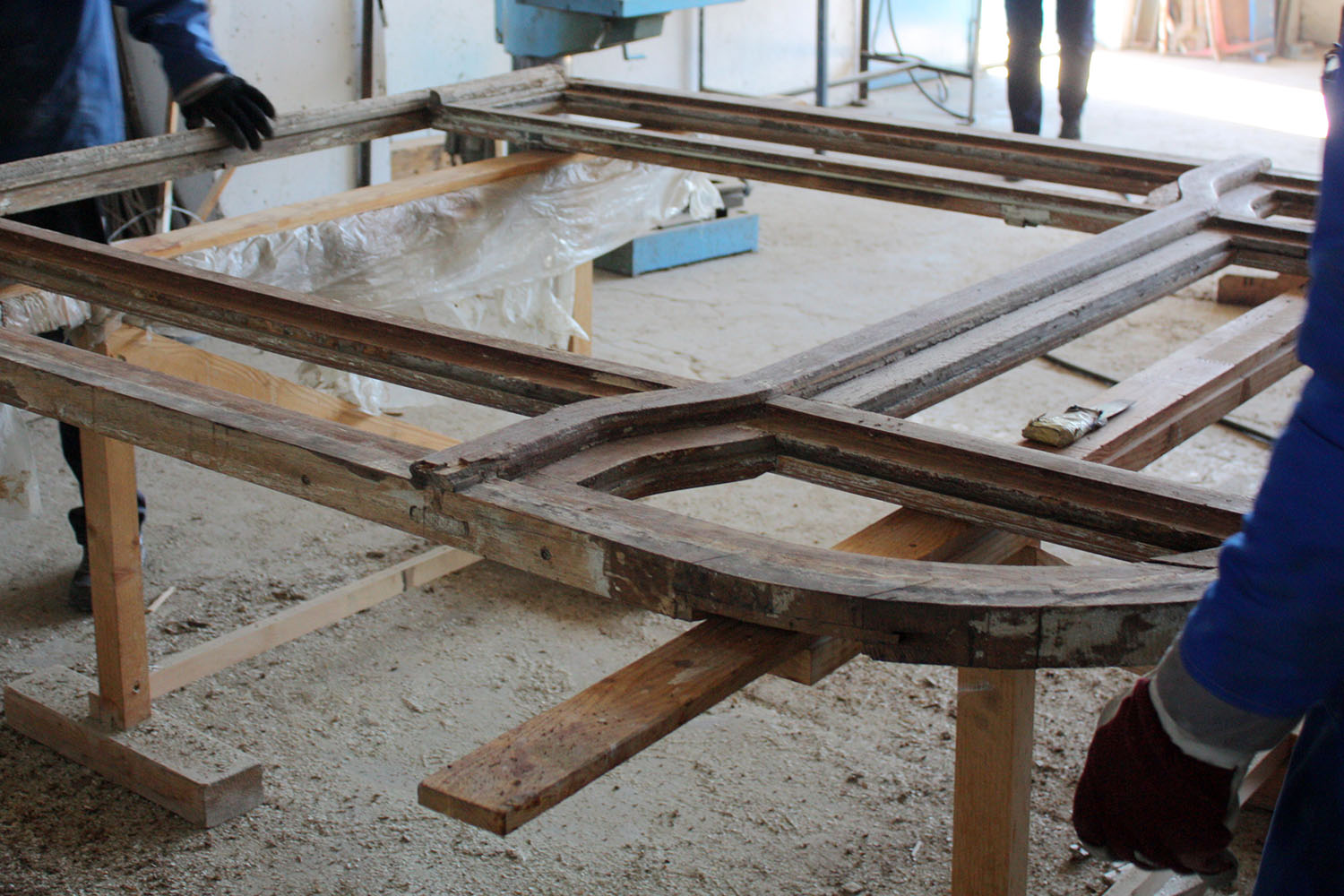 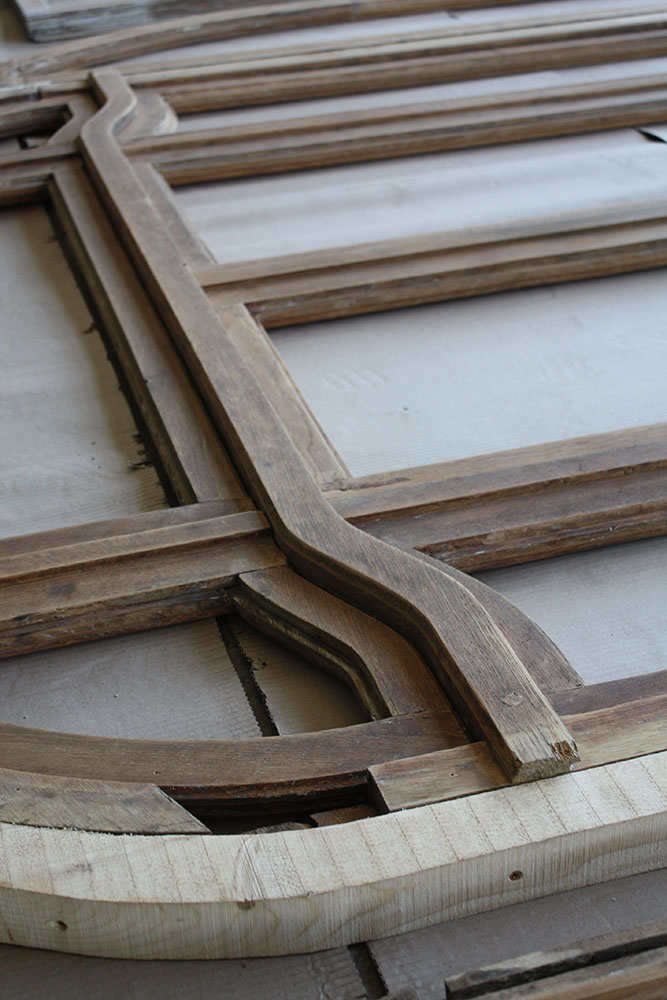 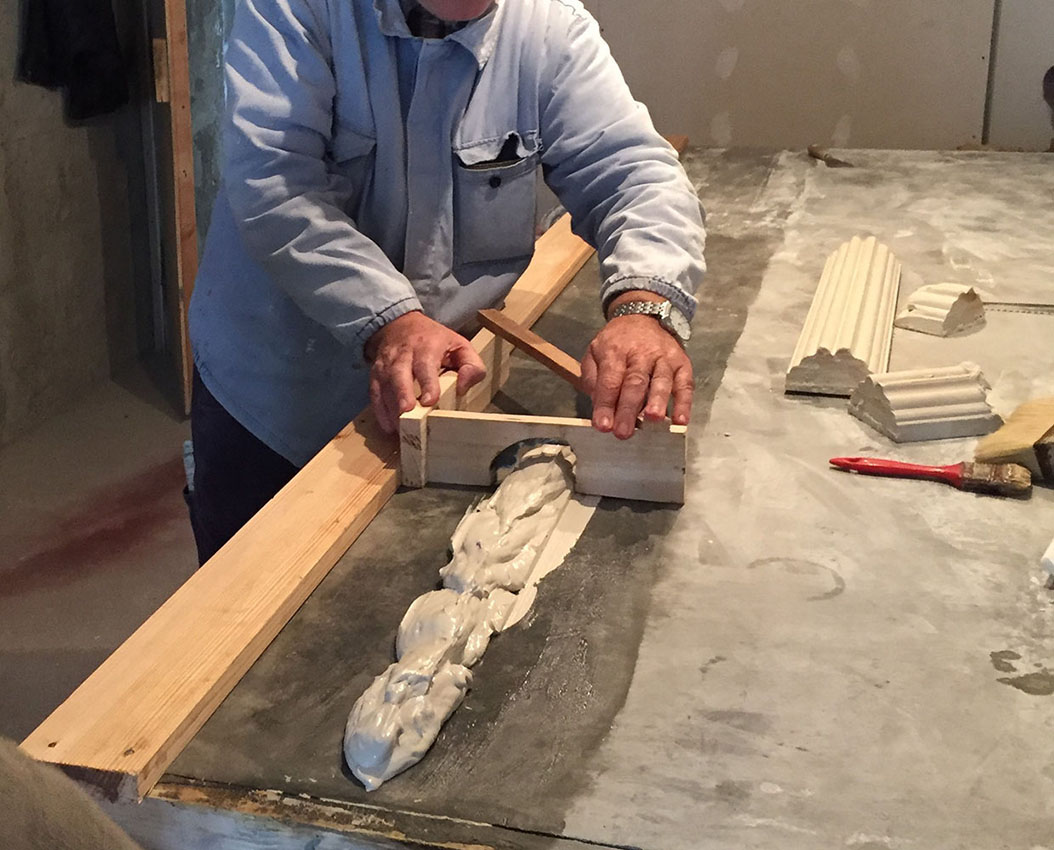 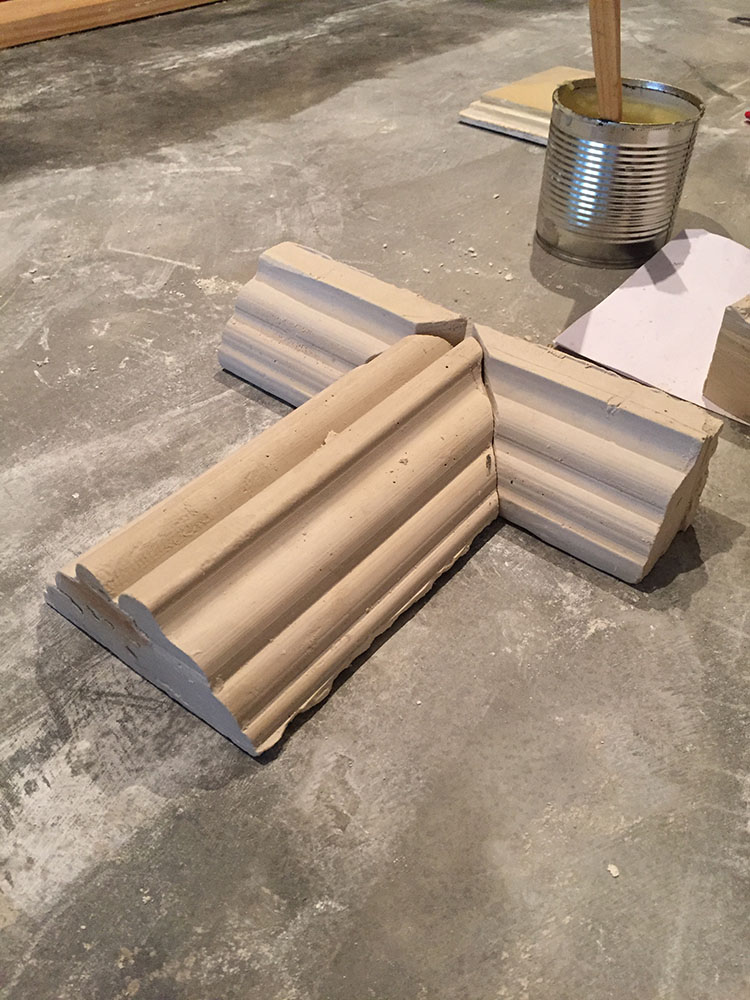 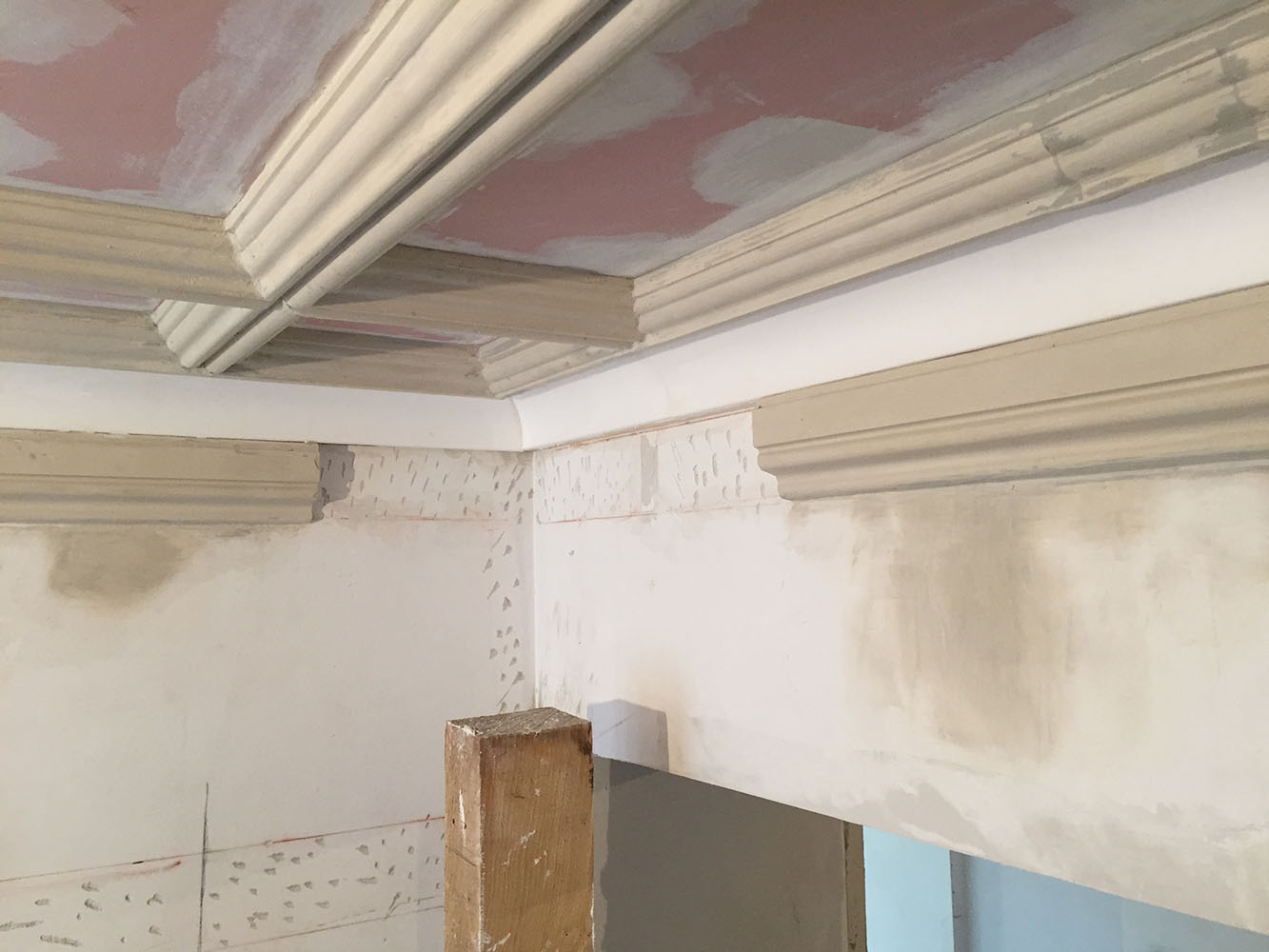 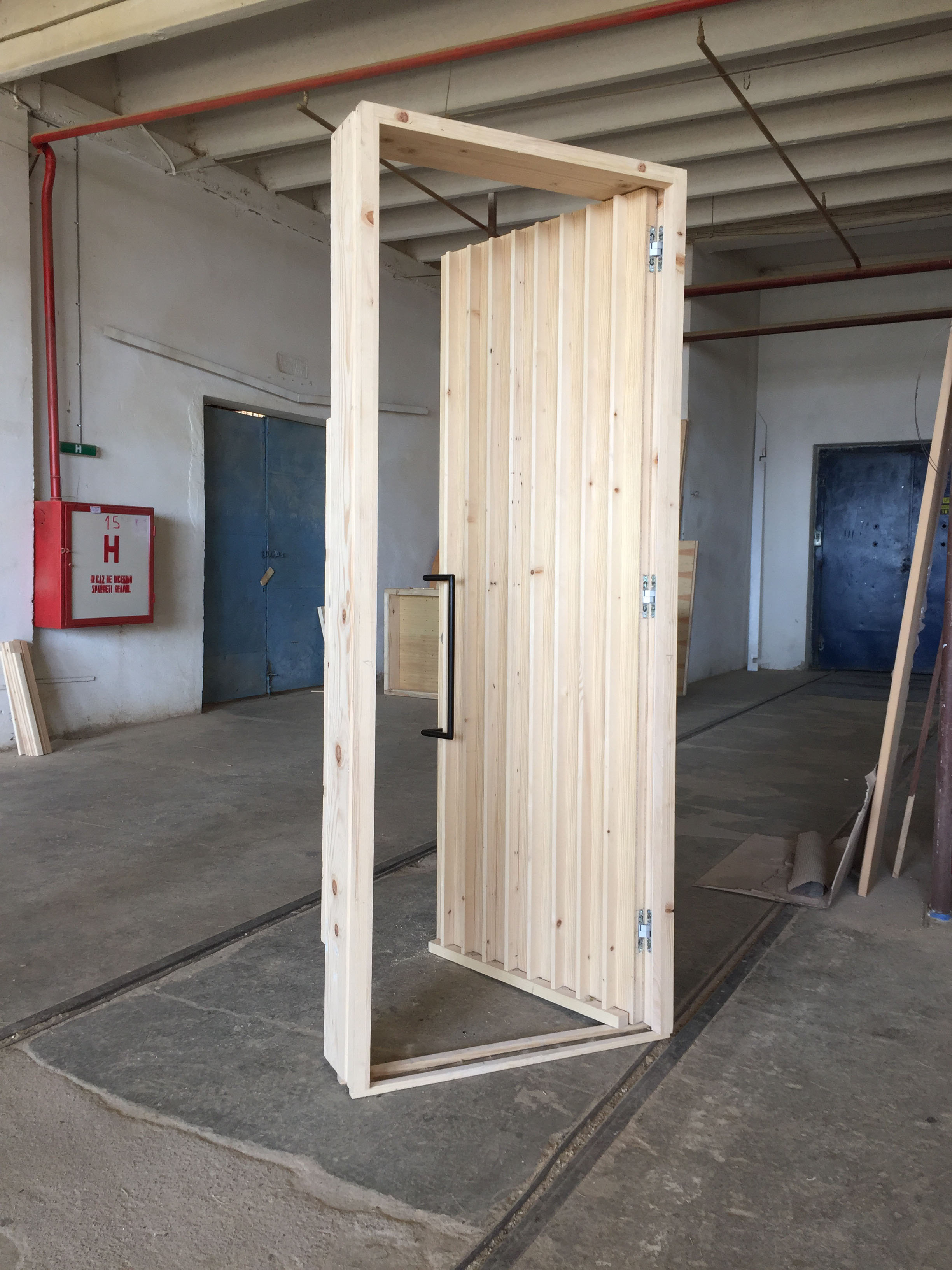 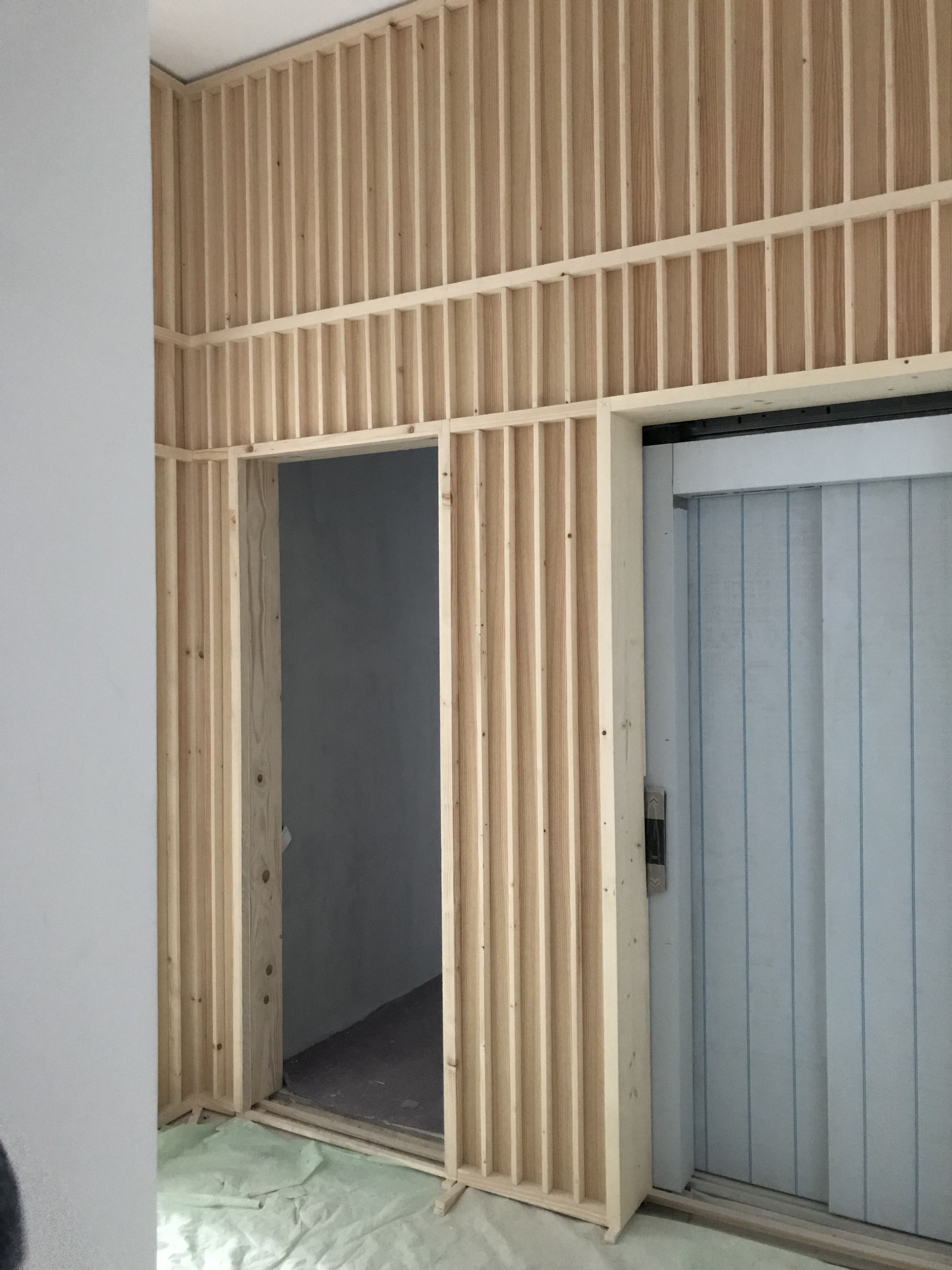 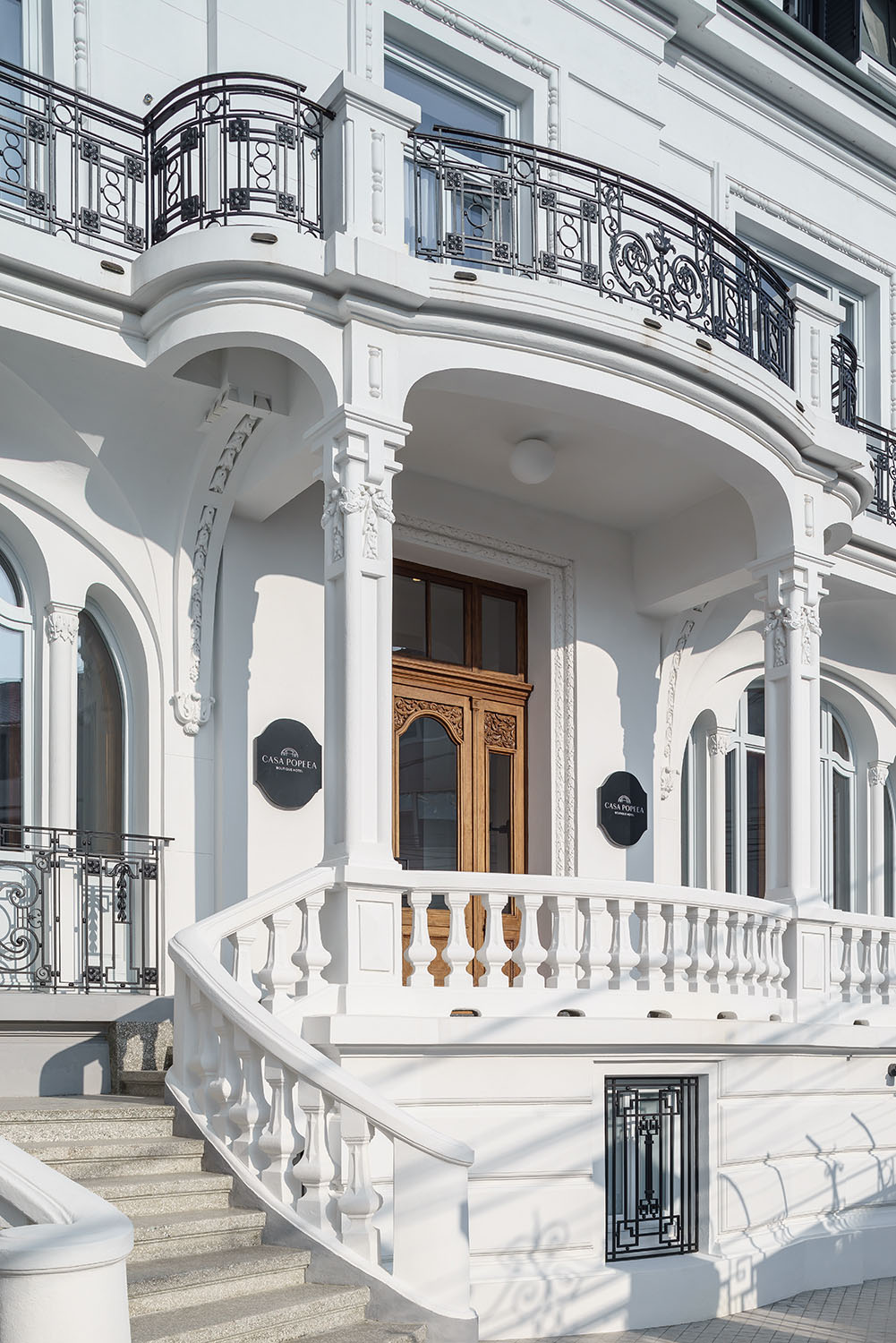 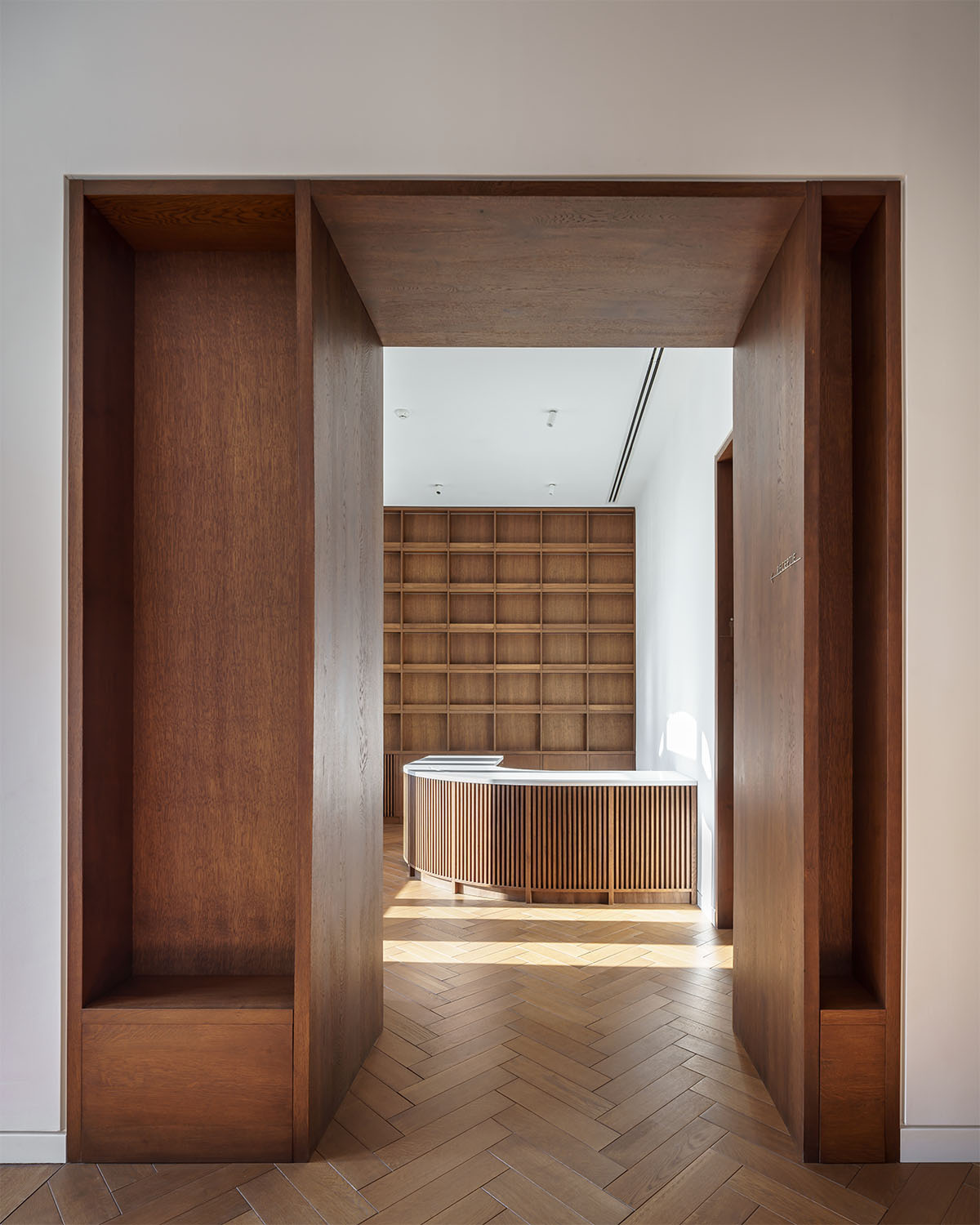 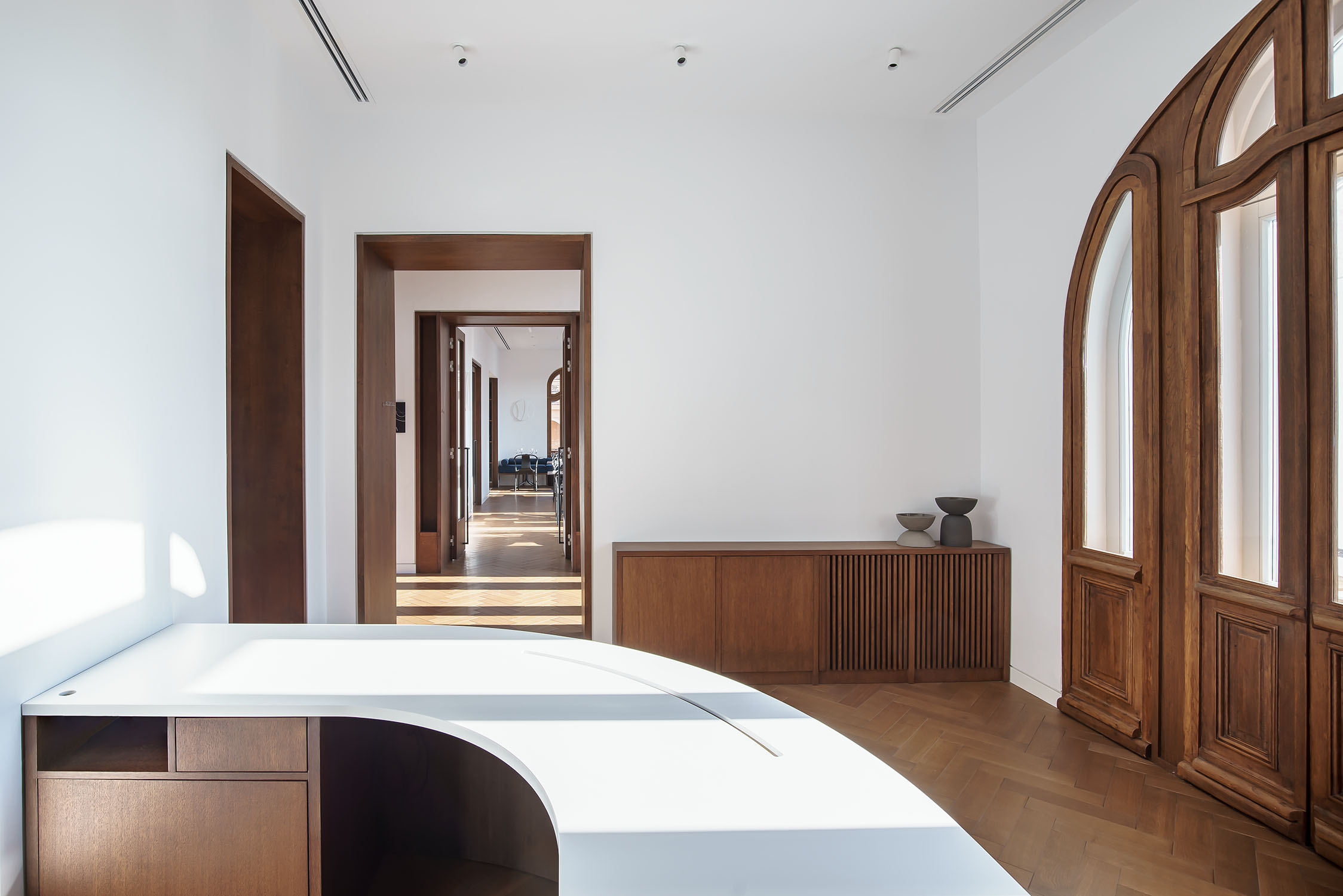 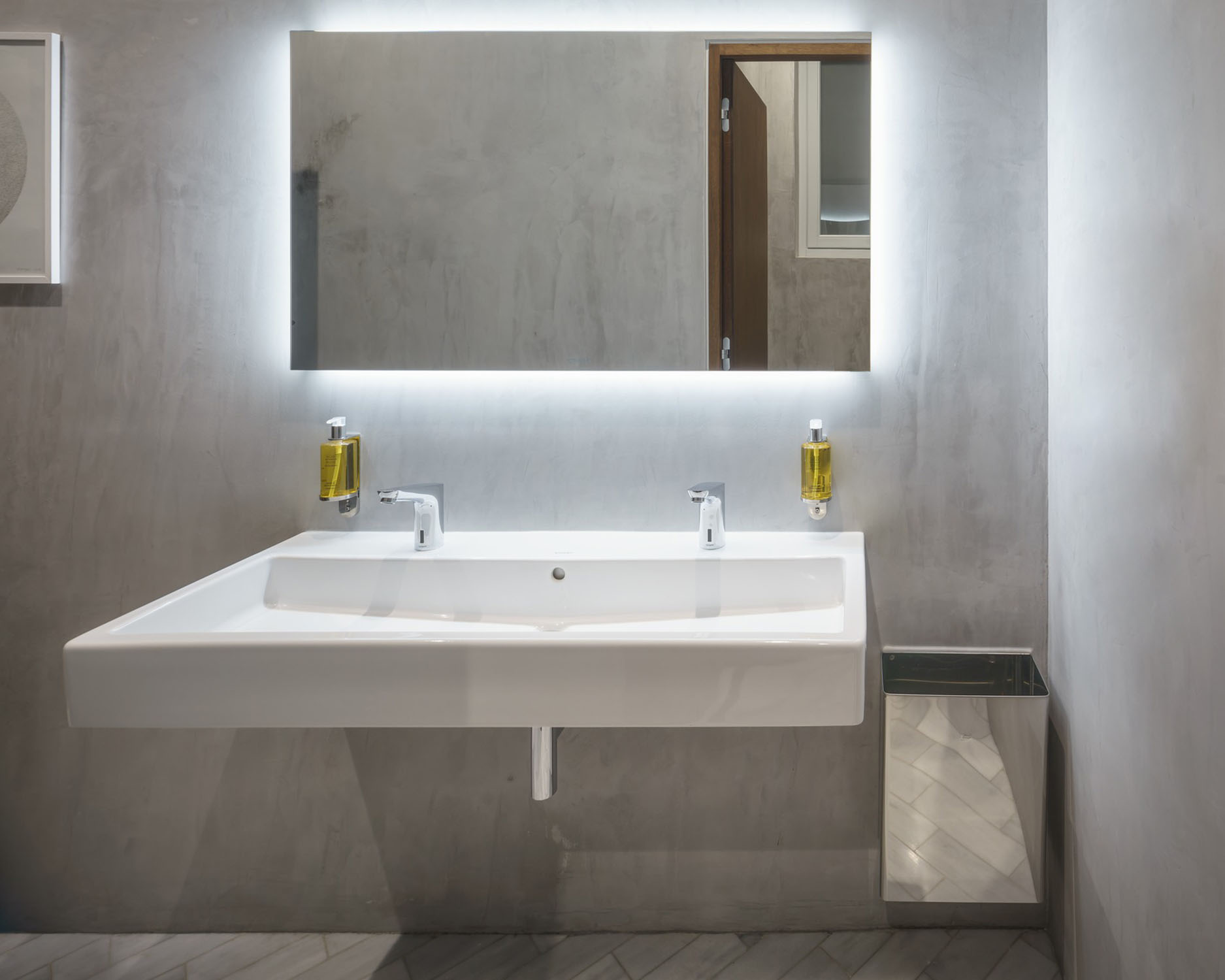 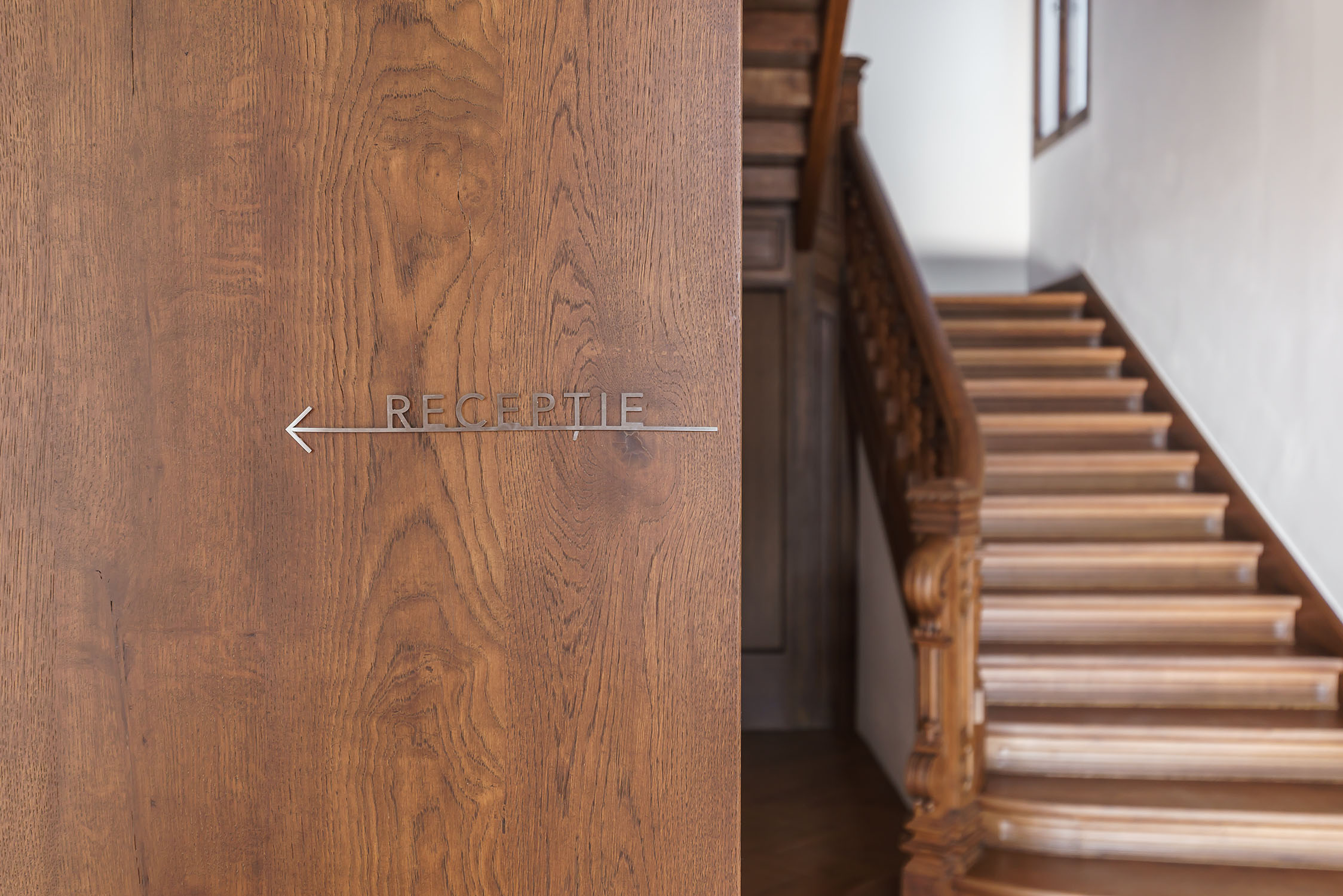 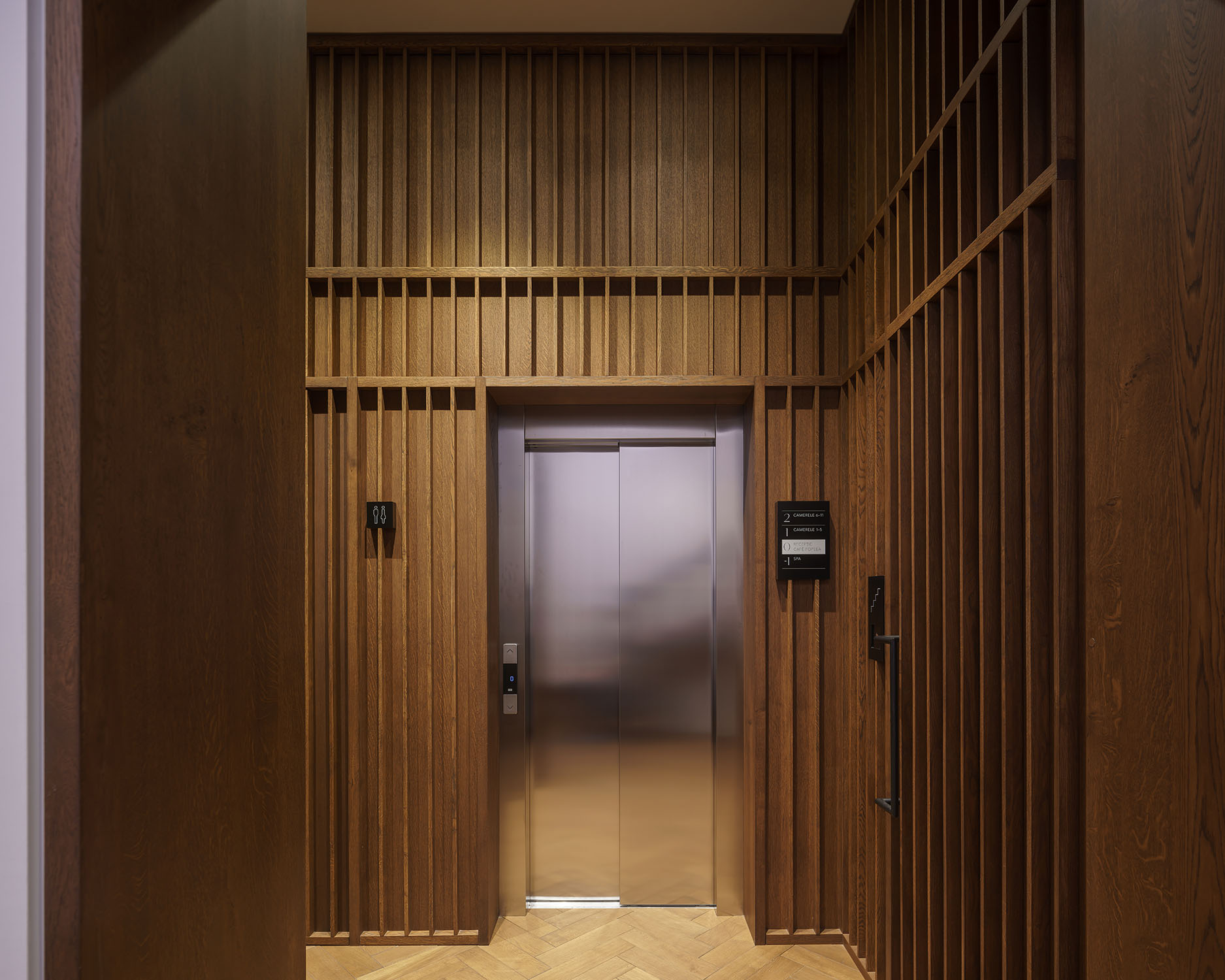 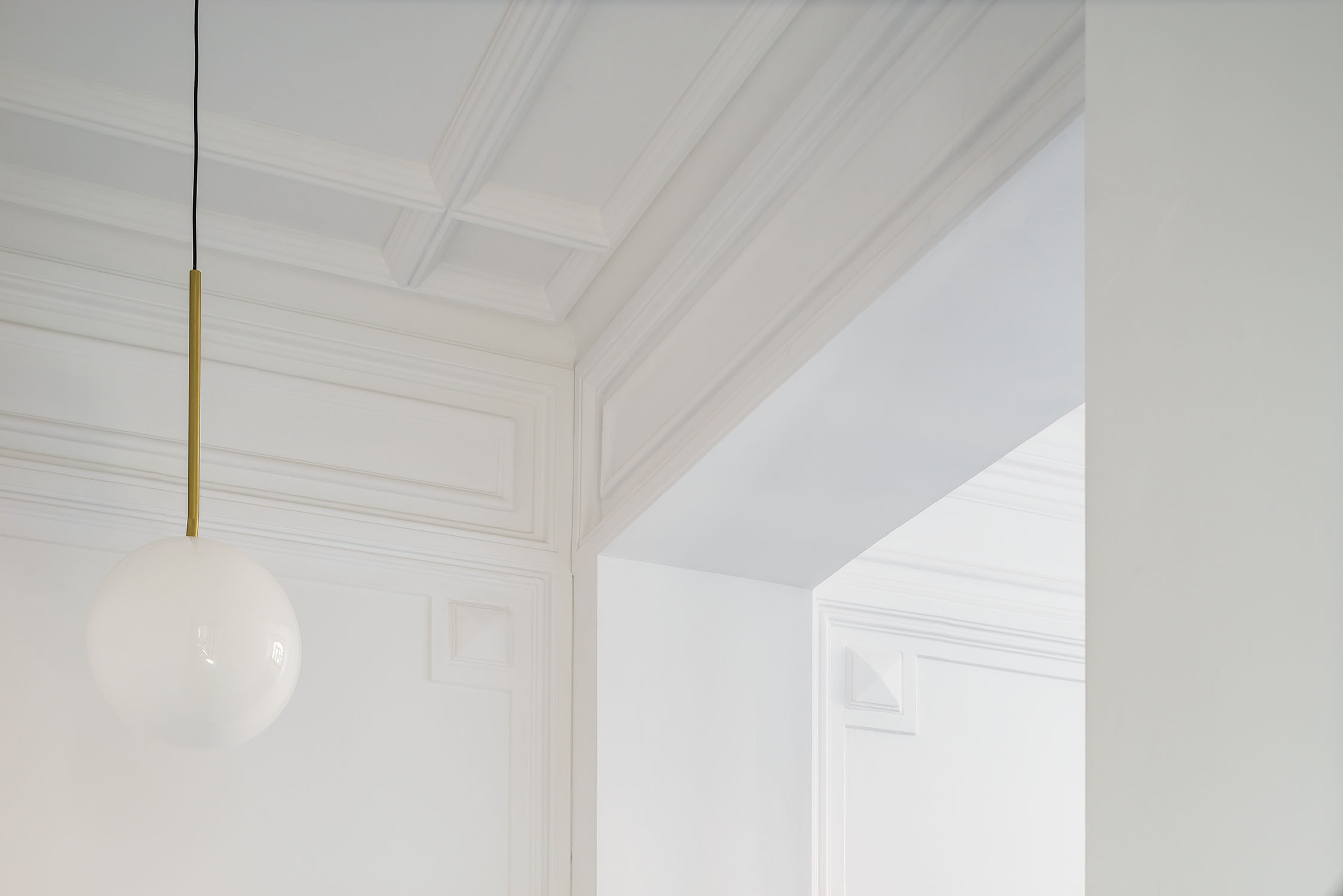 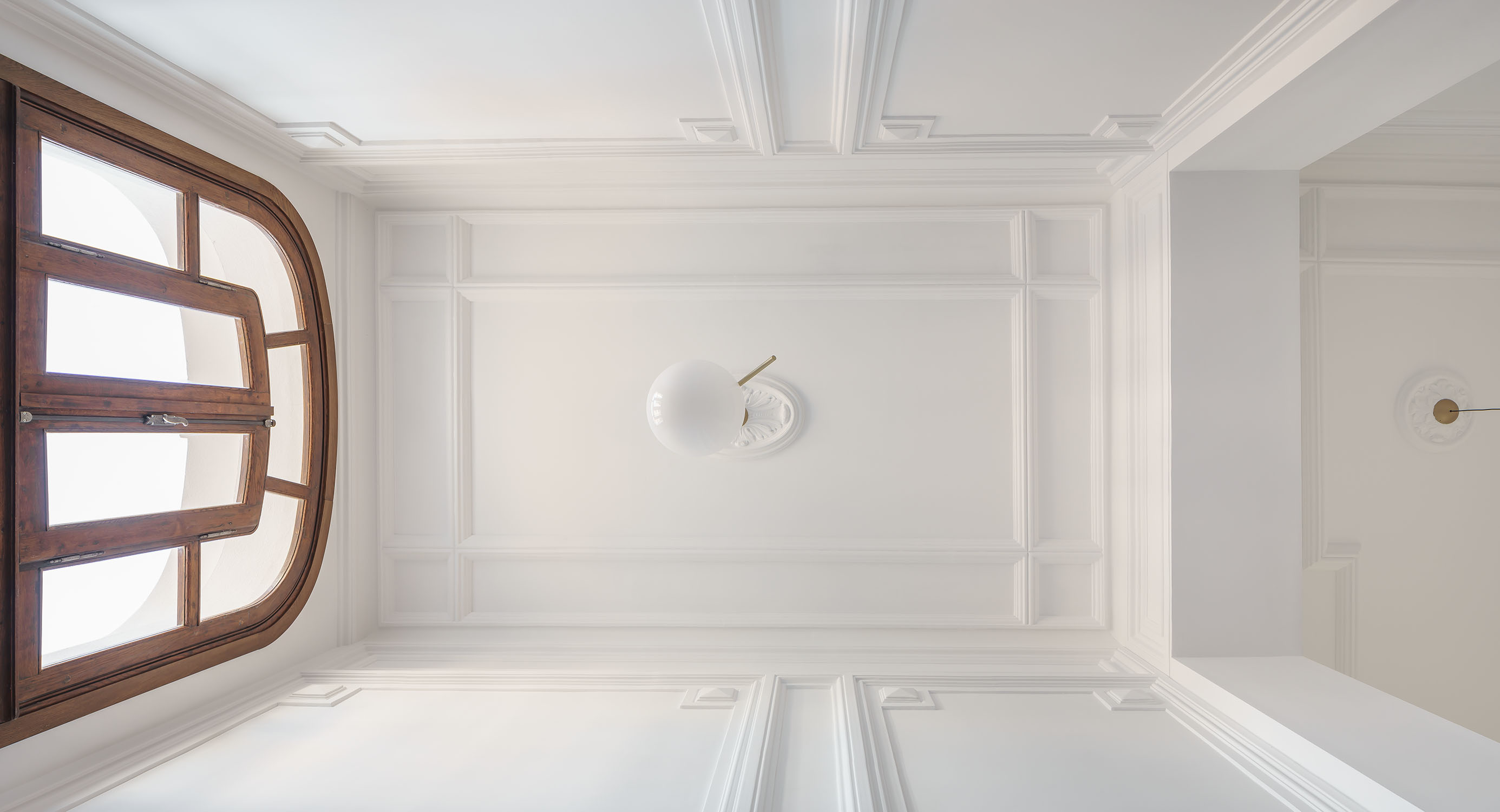 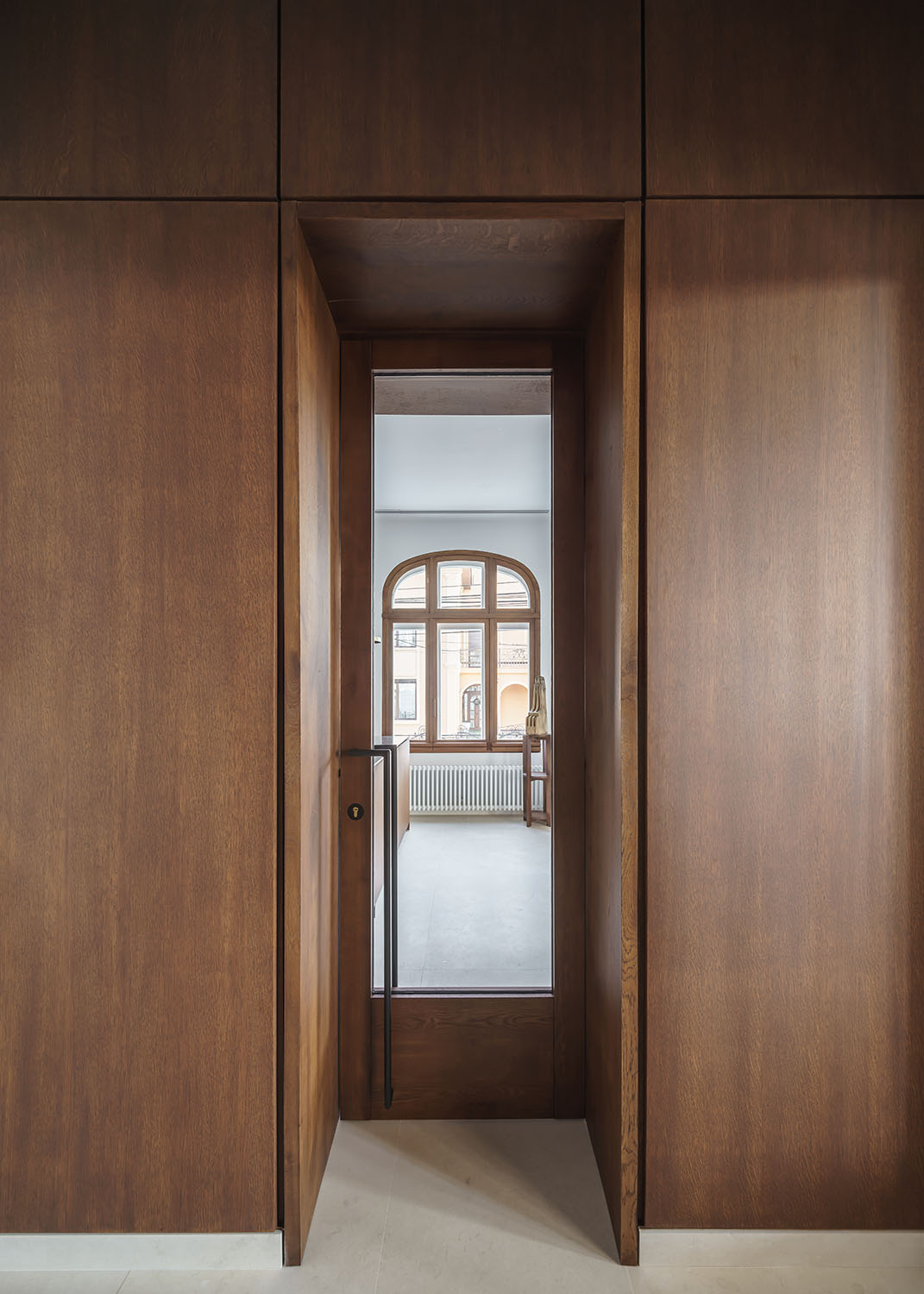 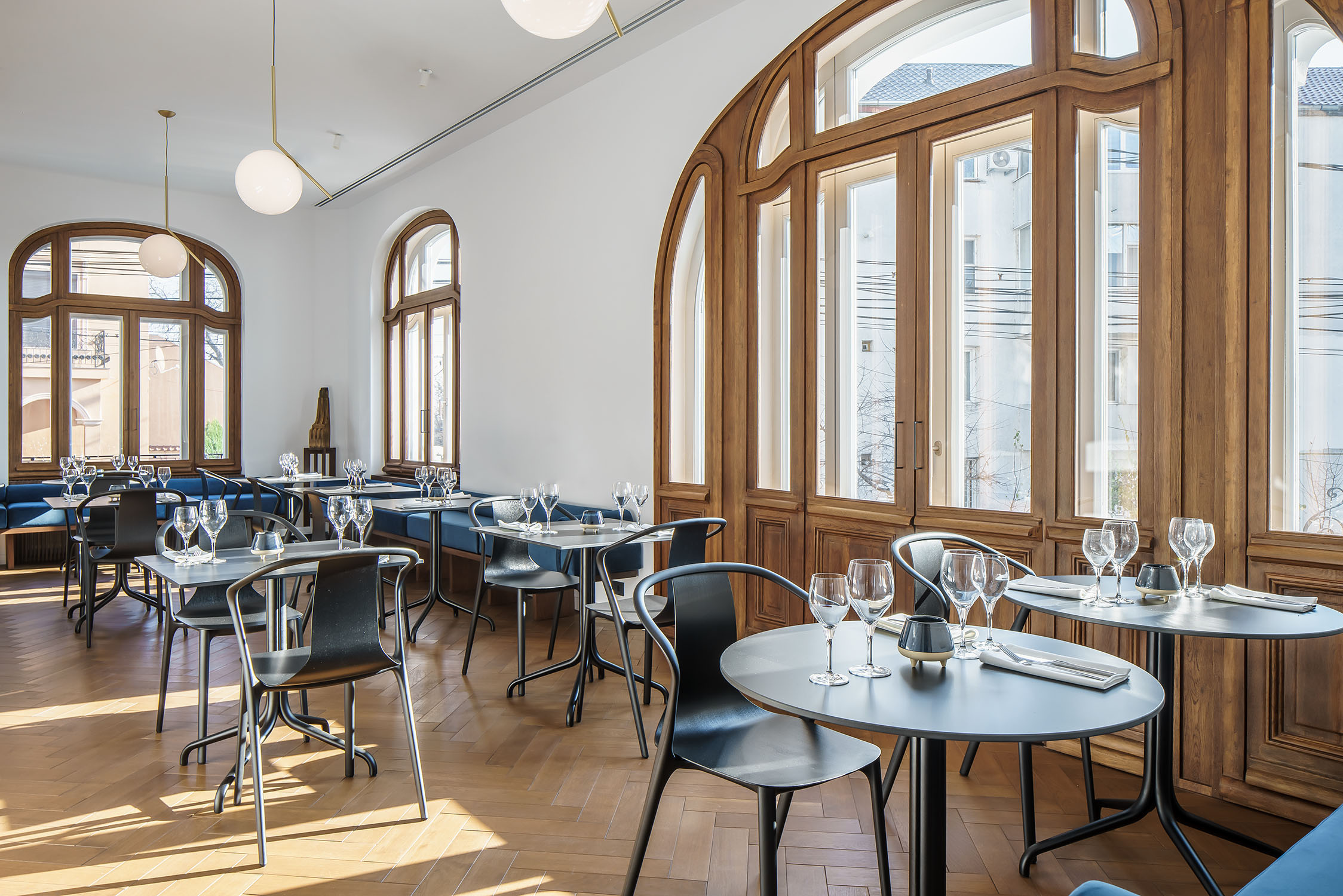 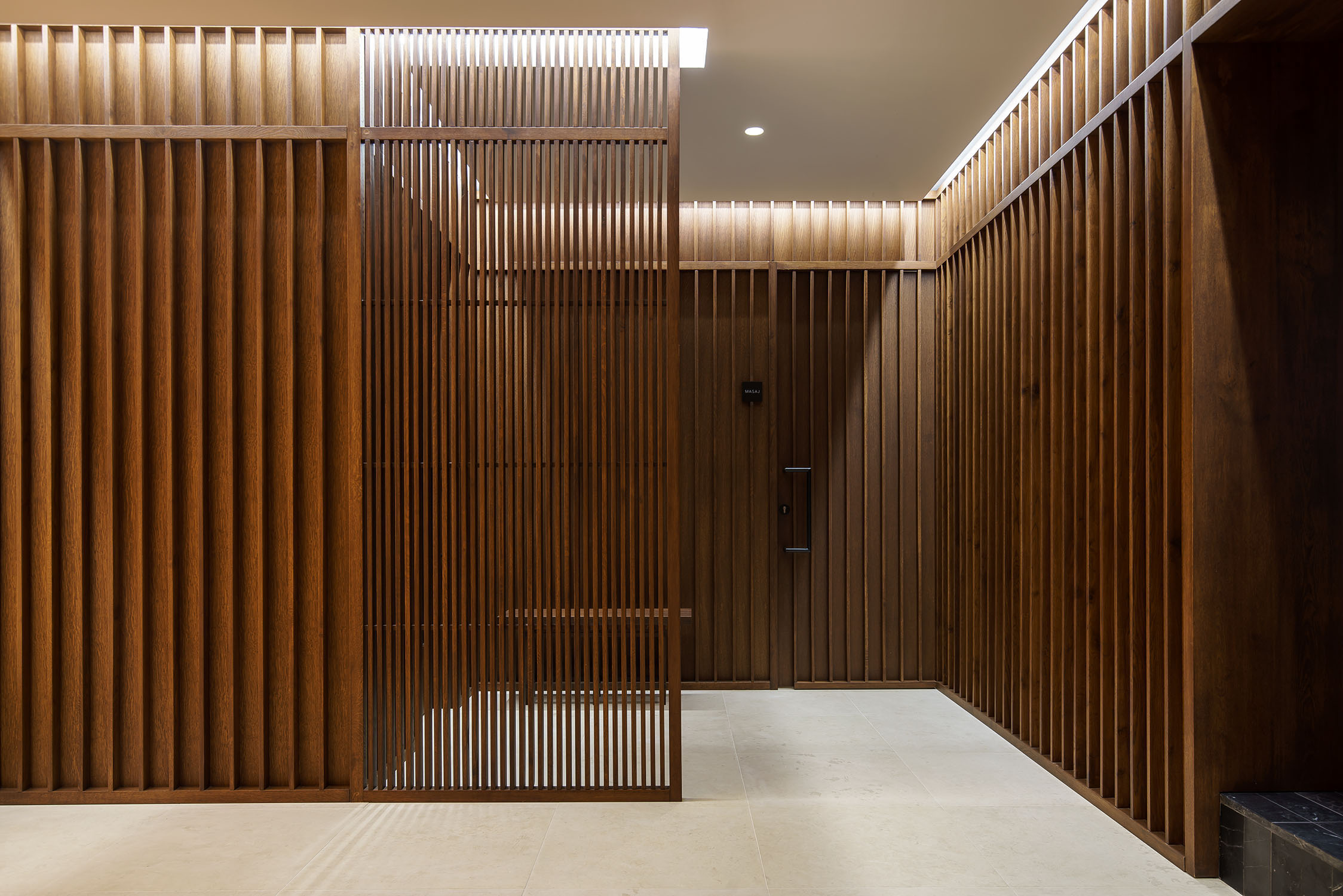 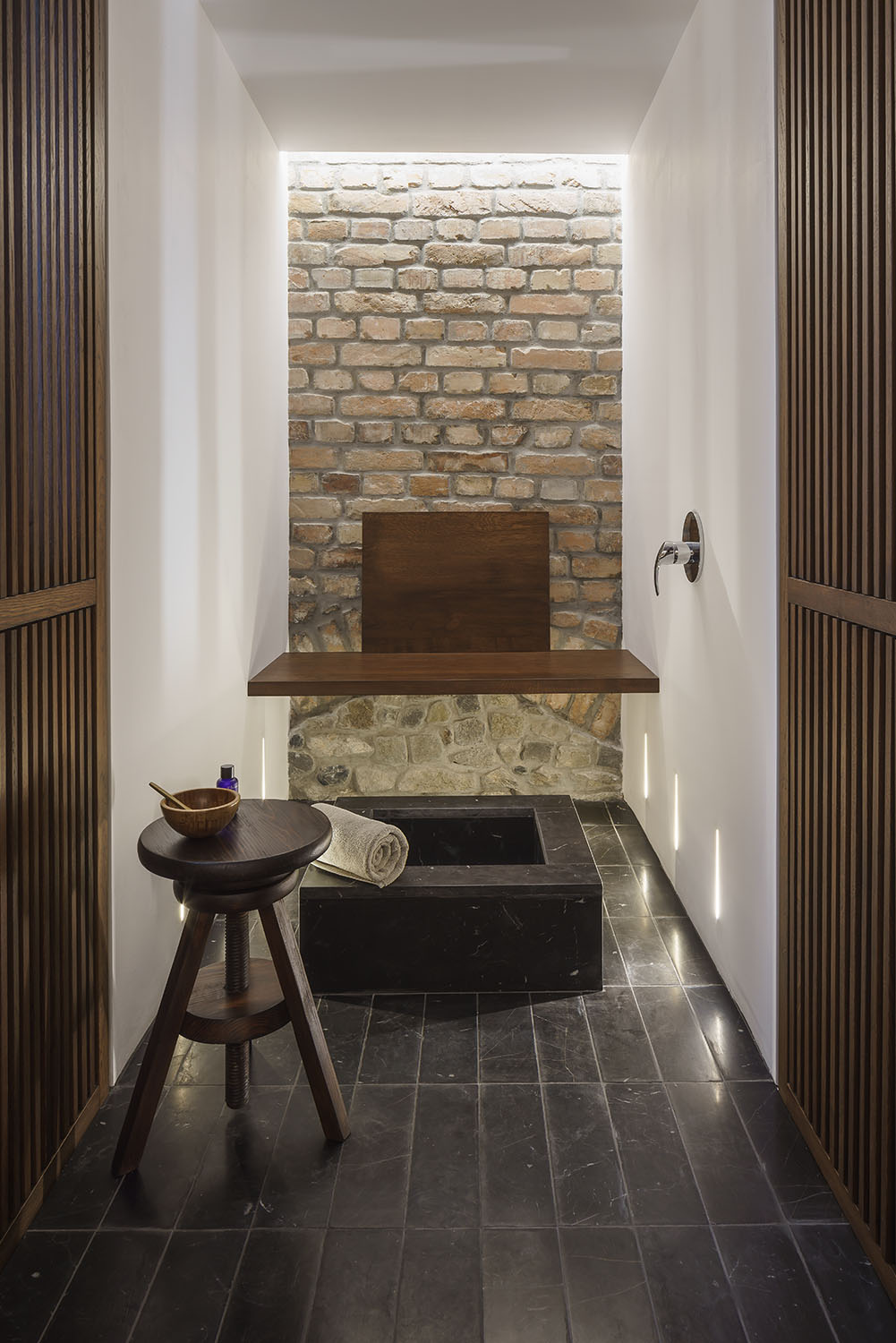 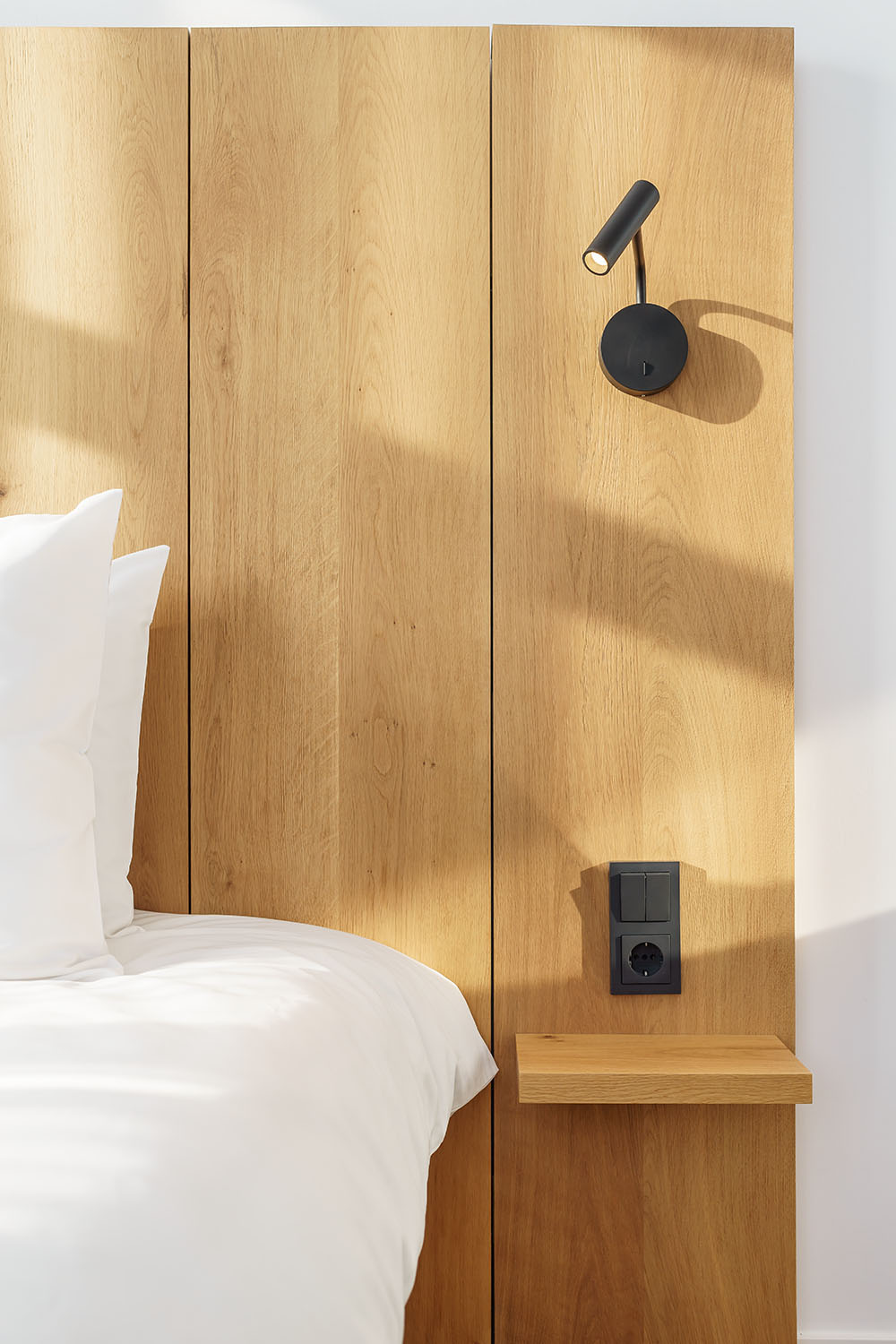 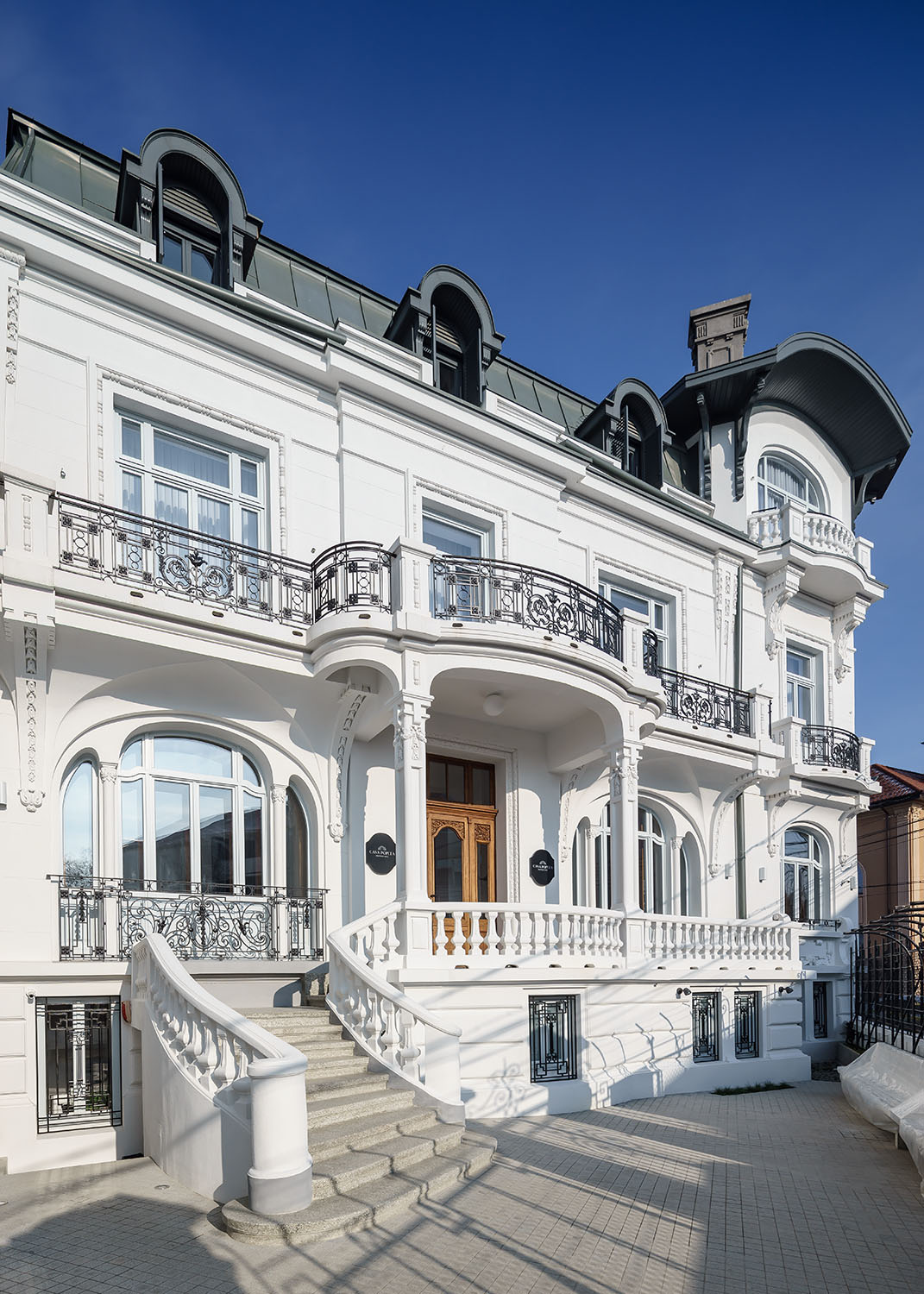 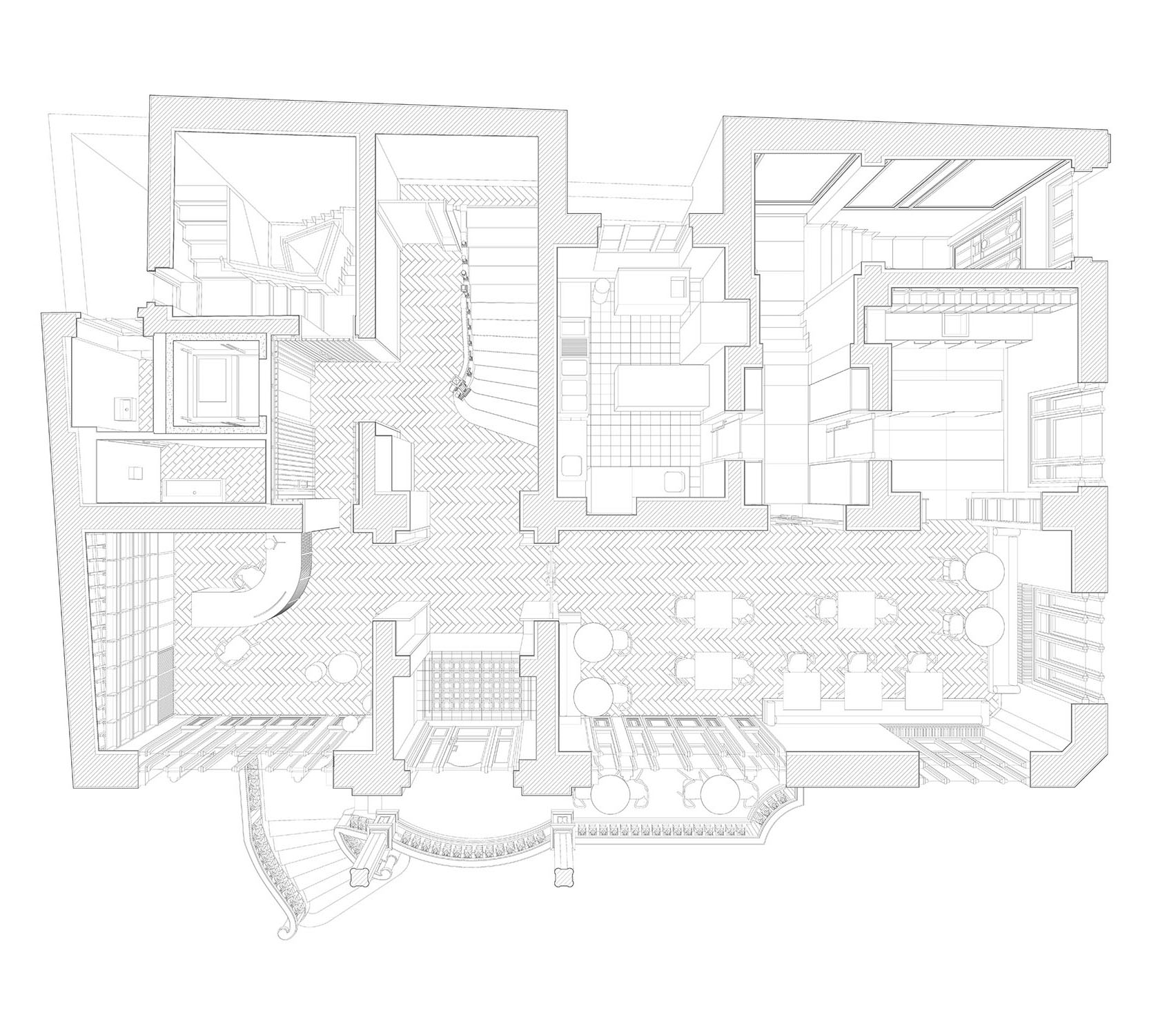 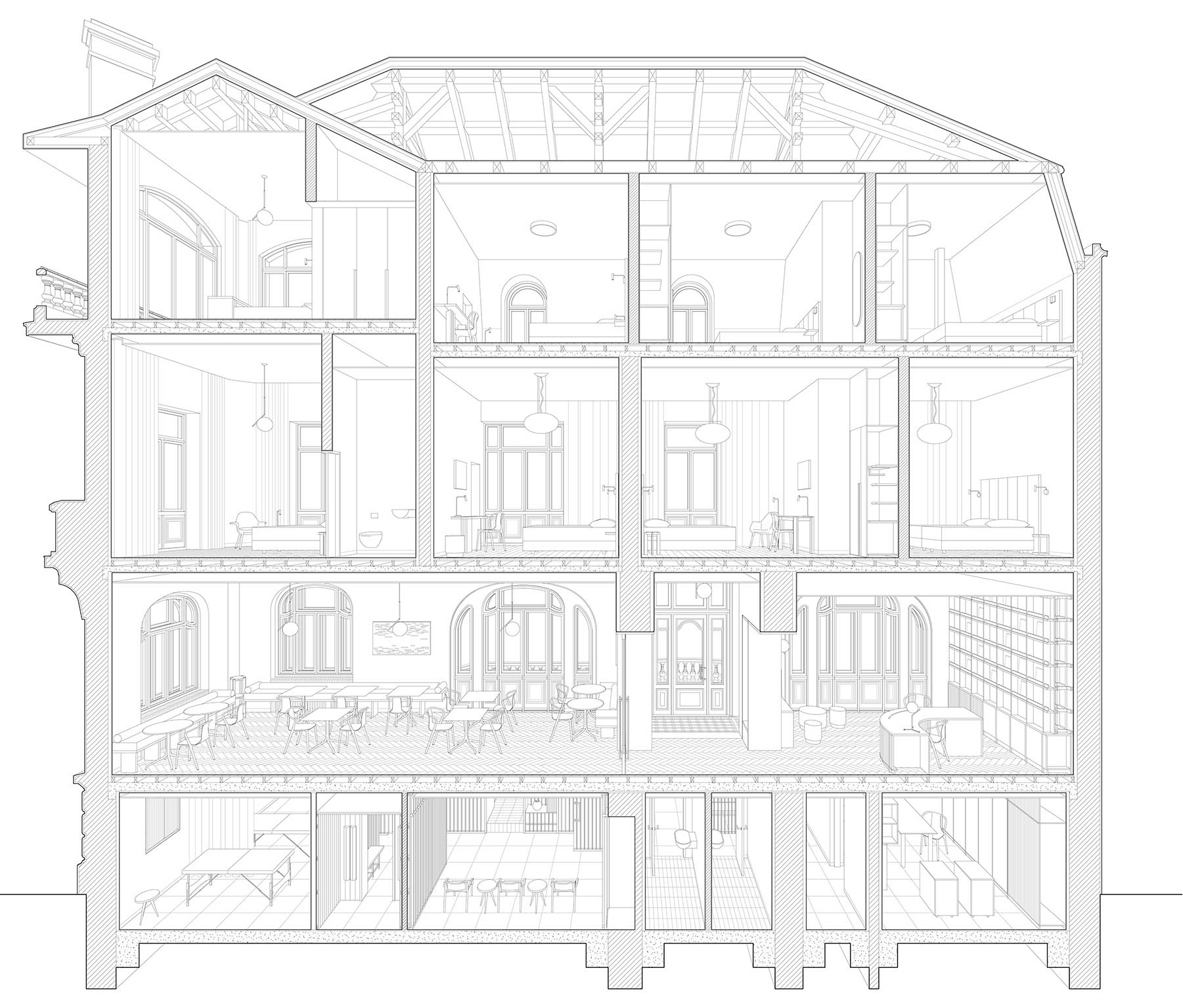